Hispanics Do Suffer Discrimination In The USA

I am guessing that you have seen Hispanics in the news or on the streets. Have you ever wondered what they go through in being  Hispanic? I see in the news about Hispanics being deported when they’ve been here for more than 10 years. I am a young Latin American girl who was born in DC. Many Hispanics have suffered discrimination or unfairness. I know that some Hispanics have come to this country to do things against the law, but most just come to work. I believe that there are multiple types of discrimination that Hispanics face every day, but some people ignore it or just don’t notice.

One challenge that Hispanics face is verbal discrimination. There have been times when they have called us “criminals,” “rapists,” and “killers.” According to Dan Hopkins, from the political blog FiveThirtyEight, “Even more recently, there is not much evidence that Latinos, both immigrant and native-born, see much difference in levels of discrimination across states.” This evidence shows that clearly people know that there is discrimination, but they underestimate the effect it has with people. The MIP (Migration Policy Institute) talks about the effect on Hispanics when they get discriminated against. They say, “The cumulative effects of such interactions place Latino families and their children at increased risk for a range of negative outcomes such as emotional stress, limited financial opportunities, and increased social isolation.” This is saying the discrimination against Hispanics causes mental and physical health problems.

Another thing that Hispanics suffer in the USA is the wage gap. Did you know that compared with white, Asian, and black workers, Hispanic workers are paid the lowest? The typical stereotype is that immigrants steal your job, but that is not true. My opinion is that immigrants don’t take jobs away, they earn them. They work hard to have food on the table. Those who have good jobs do because they earned it. At the Pew Research Center they say, “In 2015, average hourly wages for black and Hispanic men were $15 and $14 respectively, compared with $21 for white men.” This shows that black people, not only Hispanics, get treated unfairly.

On the other hand, people say that not only Hispanics suffer discrimination when they are immigrants in the USA. Some European immigrants think that they suffer but The Atlantic states, “… white immigrants, possibly because of their skin color, have an automatic advantage when moving to the United States, says Painter. ‘Our results show that white immigrants have made a more successful transition into U.S. society and begin to purchase assets and accumulate wealth…’” This shows that Hispanics need to look a certain way to be treated fairly like everyone else.

In conclusion, as a young Hispanic girl I can say that we Hispanics suffer many types of discrimination because of what people who think they are superior to us say. I get that in the news they talk about most of the bad things people do but we are not all the same. You can’t judge a whole group of people when you have only met some. Just because people are from different places it doesn’t mean that people can pay them a different amount. I think that you should think differently about others than what you hear and open your eyes to what is around you. 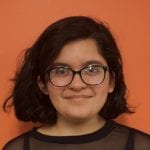