A hate crime is a crime motivated by racial, sexual, or other prejudice, typically involving violence. During the election, a lot of hate speech was used, mostly by President Trump. After the election ended, more hate crimes and more hate speech were used because people saw it reflected in their new president. When people see such an important person, like the president, using hate speech they believe it’s an acceptable thing to do. In order to fix this, Congress should implement a law that disqualifies anyone using hate speech during their candidacies to help decrease the amount of hate speech used, and as the result, the number of hate crimes. I care about this topic primarily because I am a young black girl and all of the hate makes me uncomfortable.

In the article Surge of Hate Graffiti on Bathroom Walls, Other Areas, Has Maryland County Rattled, hate speech has shown up in the Maryland community since the beginning of the election. “Police say eight such incidents were reported in county school during a one-month span this fall, compared with six in all of 2015” (George). This quote connects to the claim because it shows hate crimes have increased since the start of the election. Also, “The uptick follows a vitriolic presidential campaign that many elected leaders and advocates say has emboldened people with racist or anti-Semitic views to express themselves more boldly, and in public.” (George). This quote illustrates how the statements of the presidential candidates have stuck with people and makes them think saying hateful stuff is okay.

In the article ‘Make America White Again’ Hate Speech and Crimes Post-Election, they believe that the election created a spark of hate that people have not been afraid to show. “The Southern Poverty Law Center counted 867 cases of hateful harassment or intimidation in the United States in the 10 days after the November 8 election” (Yan). This report shows that there have been a lot of hate crimes post-election. “A Puerto Rican family’s car was vandalized on November 17, with the words ‘Trump’ and ‘Go home’ scratched into the car in West Springfield, Massachusetts, according to police and one of the victims, who spoke to CNN” (Yan). Since Trump was elected, people have been more vocal. This quote enhances the claim because people are writing the name of one of the candidates that used a lot of hate speech on someone’s car. 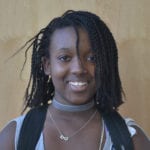