As I walked my dogs down the street, a low humming noise emerged from around the corner. As I glanced behind me I saw a modern Toyota Prius turn down the street and drive away. The silent car was gone.  As a hybrid, that Prius was running on battery electricity and that’s why it was so quiet. Rated the best “Green” car for many years in a row by Consumer Reports, as well as having gas mileage in the 40 and 50’s, the Prius signals that the era of more environment-friendly cars may finally be here. Car companies like Honda, Nissan, Toyota and Hyundai are already making hybrid cars.

Unfortunately, it was only recently that Hummers, military-like SUVs that got 10-13 miles per gallon of gas (mpg) on the highway, were discontinued. Gas-guzzling cars like the million-dollar Bugatti Veron which gets 8 mpg and the GMC Yukon SUV that gets 14 mpg still sell. In a time when global warming is a serious issue, we need to make cars that run cleaner, have better gas mileage and make a higher minimum mpg standard.

In 1985, scientists found a large hole in the ozone layer over Antarctica, which is a cause of global warming. Twenty-eight warmer years later, we still haven’t done all we can. Cars, which we use for transportation, still mostly run on gas and oil, which cause pollution. This is bad because pollution is the thing that is destroying our earth. The exhaust chemicals from cars play a part in pollution (causing the greenhouse effect). That heats up the earth and can cause the polar ice caps in the future to melt; destroying wildlife and flooding coastal cities all around the world. This is why cleaner cars are so important to earth and mother nature. Thankfully however, with today’s technology it is relatively easy  to make cleaner cars -electric, hybrid, and  “greener” (more fuel-efficient) cars with higher mpg- that are better for the environment. With careful research, testing, and the use of more environment friendly materials, more cars and SUVs could get higher mpg which would help the world significantly.

According to Yahoo! Answers, car pollution (after a long process involving the exhaust fumes of cars getting inhaled) could lead to cancer. We all know that car pollution is a problem, but if it could lead to cancer, a disease that we all know doesn’t have a cure; it could be one of the most dangerous problems. People in cities in China and Japan wear gas masks in the street to prevent pollution from getting inhaled. To prevent problems such as this, a permanent solution is needed.

New U.S. regulations say cars should get 54.5 mpg by 2025. To make a long story short, this is possible! You can buy a hybrid which uses electricity (often produced by burning coal, which still causes pollution) but gets good mileage, such as the Toyota Prius. Also, electric cars are more fuel-efficient but have some of the same issues as hybrids, but for both, renewable energy could be used for electricity and charging) You could buy regular gas cars that get good mpg such as the Toyota Camry, Subaru Forester, Honda Accord to name a few. Or you could wait for cars in the future that run on the sun with solar panels or that run on hydroelectricity. And of course a plus for buying a “greener” car is that you might save money in the long run, because you save on gas, diesel and oil. Another way to save on gas and pollute less: drive slower! Yes, this may seem odd but according to“Green Christmas” (who got their information from the Fuel Economy site) if you drive faster your mpg will drop. It states “…then the forces of the wind take over, and mileage drops to about 26 mpg at 65 mph and to 23 mpg at 75 mph.”

In this uncertain polluted world, where car pollution is a growing problem, you should try to do all you can to help our world.  You can help earth (easily) by driving a car that gets good gas mileage, or by driving a hybrid/ electric car, or simply using other transportation such as buses, feet, subways, etc. Or wait until cars are produced that run on renewable energy. Bikes are also a great option! They are clean, very useful in crowded cities, and you don’t need to pay for gas!  According to www.bikesbelong.org  “More than 200,000 people bike every day in New York City.  And, cycling has increased 26% between 2008 and 2009.” Be like these 200,000 people and bike!

Would you rather drive in a car that has smoke billowing from the exhaust pipe and years later while the world is in a bigger mess (than it is today) think “If just maybe I could’ve done something to help!” OR call it quits for your gas-guzzler, drive a car with good mpg, or take public transportation until a renewable source of energy is found, and you can drive again and be able to take pride in yourself for helping the earth?  I know which one I would choose, and if you own a car, you definitely should know too. 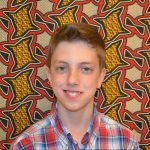