According to the U.S. Census Bureau, the share of Americans living below the poverty line increased by 1 percentage point, to 11.4%. In America today poverty is a major problem the worlds face, and I care deeply about this topic because it is one of the major global problems most countries in the world face. It’s a global issue that affects many people and causes others too, it is very commonly seen, and at one point in my life at an early age, I was told stories about how my father was absent in my life due to an issue, and my mother having to live with relatives, sleeping in their couches with a 1-year-old child trying to find a job but not being able to due to me being so young and in a relatively new country. To fix the problem of poverty, the government, and the community need to get together and share funding for those suffering, increase the accessibility of affordable housing and food, and increase the minimum wage.

The first reason why the government and the community need to get together and share funding towards those suffering is that it can allow those to be provided some sort of help such as tax credits or financial aid, as taxes are painful especially now that Covid has brought major economic problem for many. For example, research shows that “The senator Joe Manchin of West Virginia said he wouldn’t support the Biden administration’s Build Back Better agenda, most likely ending the bill. Without the enhanced credit, nearly 10 million children are at risk of falling back below the poverty line or slipping even deeper into poverty, according to an analysis from the Center on Budget and Policy Priorities.” (Reinicke, Carmen). This matters because if the government provides aid to those in poverty as a result, child poverty would decrease dramatically. If the government decides to not provide some type of aid to families such as no extension of the enhanced child tax credit, it can cause up to 10 million children to go into poverty, which is the reverse of fixing the problem. Therefore, the US government needs to help aid those in poverty as it can make a major change in our society.

The second reason is to increase the accessibility of affordable housing and food. This problem can be solved by the government. If the government decides to make housing and food cheaper, it can allow many families to be able to afford food and housing. According to studies on how housing cost and food accessibility are major contributions to poverty by housingmatters.urban, “There is an important connection between housing stability and food access. Families experiencing financial hardship may have little money left for food after paying their rent or mortgage, face eviction or homelessness (having nowhere to safely store or prepare healthy food), or live in disinvested neighborhoods where access to healthy, affordable food is less likely.” This demonstrates that many families who struggle financially typically face the problem of not having enough money for food as they spend it on mortgages, and rent; if the government increases the accessibility of affordable housing and food this would most likely decrease the poverty rates by allowing many families who struggle to buy food after paying their mortgages and rent, is the main cause in families to experience poverty. Furthermore, it can allow those less fortunate to not have to worry about being homeless and providing food to their families; therefore, it can help decrease homelessness and world hunger as it all ties in with poverty.

Now some people may argue that poverty isn’t their problem and why should they worry about it if it doesn’t affect them. They believe this because many see those in poverty as lazy and waste as they don’t contribute to the world’s economy. However, they are wrong because poverty affects many people in the world as it’s one major problem society faces, it also creates other problems like world hunger, homelessness, etc. Also, if those in poverty were given a better opportunity, they would be able to provide more to society and the economy than the wealthy. According to the Center for American Progress Action, “America’s economic strength is based on a strong middle class with purchasing power to fuel our economy and workforce contributions to increase our economic growth and productivity. The increasing number of Americans who slip from the middle class into poverty places downward pressure on our nation’s revenues due to the impact of lower earnings”. Additionally, long periods of poverty produce downward effects on human-capital development by limiting access to education and training and proper health care. As a result, when individuals who have experienced long periods of poverty enter the workforce, their contributions may be restricted or minimal, while others may not enter the workforce at all. The result is low productivity for millions of under-skilled Americans alongside a significant reduction in the purchasing power and savings among poor individuals. This results in lower demand from a large segment of our population and fewer investments to expand and grow the economy.” (Brown, Desmond). This proves that many of those claims about those in poverty will not contribute to society even if they are assisted and aided when they are wrong as it’s proven that those pay more taxes than those who are wealthy.

Roser, Max, and Esteban Ortiz-Ospina. “Global Extreme Poverty.” Our World in
Data, 25 May 2013, https://ourworldindata.org/extreme-poverty. (Links to an external site.) 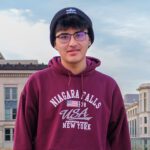