“Gender bias does worldwide damage… It’s at the core of social customs that keep women down.”, Melinda Gates. Gender bias is mostly found in cultural education and the economy. Not only does it oppress our women but also our men. People should pay attention and speak out about gender bias in social and cultural factors to eradicate the erroneous assumptions and generalizations because it harms our society as a whole and it hinders our development as a community and a culture.

There is often a misconception between gender bias and sexism. Sexism is defined as the inferiority of one sex (usually female) based on the assumed superiority of the other sex, or an ideology that defines females as minor to males. It is also based on biological differences which consists of primary or secondary sex characteristics. Gender bias is based on socially constructed expectations and roles and is more inclusive as it includes prejudice and discrimination and both men and women. It focuses on gender rather than sex. An example of a sexist issue would be the inequitable dress code for men and women. An example of gender bias would be making assumptions based on occupation, such as assuming a teacher or a nurse is female.

To begin with, gender bias within the workplace expedites when infiltrating the job race. Bias at work is displayed through differing salaries based on gender. It was reported from “How women rank in traditional “Female jobs” an article by Linda Lowen that 4.8 percent of women made an hourly rate at or below the federal minimum wage, which is around 1.9 million women. Women in the U.S are paid on average 76 cents to every dollar in wages which men are paid. This is reduced even further to 66 cents for women of color and 54 cents for Latinas. Gender biased economic systems encourage women to solely pursue “traditional women jobs” (nurse), so they are able to pay women less instead of paying them for a “man’s job” (doctors).

Secondly, gender bias sets rudimentary limits on future potential and creates inequality in the classroom. It also discourages women from taking courses such as math, science and engineering. In aspects of education, men are more likely to have an opportunity to go to school than women. One might argue, “this might be true, due to the performance between boys and girls, it is assumed that boys in elementary education are being neglected in learning. According to an article called “Gender Bias in Education” by Amanda Chapman “Boys make up 2⁄3 of students labeled “learning disabled.” They account for most of attention deficit disorder (ADD) and “They earn 70% of the D’s and F’s teachers distribute.” Well actually, the American Association of University Women published a report in 1992 signifying that females receive less attention from teachers, and the attention they do receive is much more negative than positive. The socialization of gender within our schools assures that girls are made aware that they are unequal to boys. Every time students are seated or lined up by gender or an administrator ignores an act of sexual harassment, they are allowing the deterioration of girls. This practice also fails to consider nonbinary students who do not identify as male nor female. When different behaviors are tolerated for boys because ‘boys will be boys’, schools are prolonging oppression. Examination of the classroom shows that girls and boys continue to be socialized in ways that work against gender equity.

Finally, gender bias within families and households can result in disorder, mental illness, and miscommunication. Nancy C. Atwood conducted a clinical study testing 45 women with brothers and gender bias in their households, called “Gender Bias in Families and Its Clinical Implications for Women.” According to her study there are 3 main types of bias: devaluation, abuse without redress, and deprivation. She identifies several endowments from the girlhood encounters of gender bias that may be affiliated with depression in women: participation in degrading intimate relationships; self-doubt about capability in juxtaposition with males; an isolating distrust of relationships; and the sacrifice of personal and relational advancement to serve parents and indemnify for problematic brothers.

Taking everything into account, gender bias restrains our improvement as a community and a culture. It damages our society. Therefore people should acknowledge and take a stand against cultural and social gender bias. Gender bias contributes to the abuse and degradation of women in households, the neglect within schools, and inequality in workplaces. I want people to notify others and disclose why gender bias is wrong. If we don’t, our people, specifically our women will suffer the consequences. The “norms” our society has concocted are fallacious and dilapidated and they are harming everyone. If we can eradicate gender bias we can have one less social issue and can grow together as a whole. 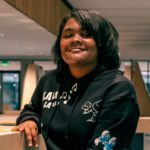