A few years ago, my mother and I were talking to a very concerned neighbor who had come to us for animal advice. Our neighbor and her family wanted very badly to adopt a pet—a dog to be specific—but were having trouble finding the right match. She’d been to numerous websites, she told us, but still didn’t know which high-priced pure breed she liked better. After all, she said, buying a dog was a big investment. “Why buy a dog?,” was my mom’s response. There are plenty of great shelters all across the region, and you actually get to meet the dog before you take it home, she reasoned. Not to mention the fact that it wouldn’t cost my neighbor a small fortune. My neighbor didn’t appear to be listening, however. We seemed to have lost her about midway through our argument. She looked at us and scoffed. “A shelter animal? I don’t want one of those things.”

In my lifetime, I’ve been a proud owner of six different pets. My family and I have been through two cycles of three; one when I was smaller, and when they passed—much to our dismay—another three now that I’m a teenager. All six of my pets were rescued by my family and me from animal shelters across the DC area, and were very young when we adopted them. We’ve rescued strays and others that were too expensive or needy for their previous owners. Our current dog was rescued in a joint animal activist/police raid of a southern Virginia puppy mill, where 2,500 dogs were being taken care of—part time—by a staff of only four people.

My family and I have only been able to rescue a handful of animals though. There are still millions of others in shelters in the United States and all over the world that don’t have owners, and every year 3-4 million dogs and cats—most of them healthy and adoptable—are euthanized in shelters. The numbers are certainly depressing, but it’s also unreasonable to assume that everyone has the time, funds, or desire to adopt one of the millions of pets who may be killed in a shelter. Furthermore, while the statistics definitely aren’t positive, euthanizing these animals probably saves them from a far worse fate of years in a cage with minimal human interaction.

What I learned after my family and I adopted our current dog (our most recent addition) is that it’s safe to say that animal shelters do the best with what they are given. The really saddening thing—where the really terrible statistics come from—is learning how the animals came to the shelters in the first place. Every day, people engage in animal cruelty, otherwise known as animal abuse, in all cities throughout the world. It’s hard to say why these people abuse animals, but the abuse is systematic, and very hard to keep track of because of the abundance of animals. Unfortunately, abuse often occurs because there is a profit to be made. For example, most of the fur in the U.S. comes from China, where millions of dogs and cats every year are bludgeoned, hanged, bled to death, and sometimes even skinned alive for their fur. The worldwide fur industry slaughters a combined 1 billion animals every year in the name of fashion. Whether these animals are from Chinese fur farms, Indian slaughterhouses, or the Australian outback, an immense amount of suffering goes into each fur coat or leather jacket that is made.

Killing animals isn’t the only way to abuse them, though. For example, worldwide, sheep are treated like wool-producing puppets, as ranchers often perform inhumane operations without anesthesia to protect their investment in wool. Sheep are also sheared prematurely, and may die from exposure to cold. In a 2008 study, it was estimated that 2.27 million animals were used for medical experiments in Canada, and almost 100,000 of these animals were subjected to pain beyond the tolerance level of a conscious animal. In the U.S., cigarette companies use millions of dogs and rabbits to test their smoking products, as told by the famous “Y do you think?” commercials. The companies force the animals to smoke cigarettes by fitting them with inhumane breathing devices. The animals’ lungs are filled with tar, and many develop emphysema and die. These are just a few examples of how systematic animal cruelty occurs.

Many people who wish to buy pets are also preyed upon by animal abusers. My dog, a purebred, was rescued from a puppy mill. Puppy mills are a sick scam that many fall victim to each year. In a puppy mill, female dogs are impregnated on a regular basis, and after they have their pups, they are impregnated again and again and again. These females feed one set of pups after another, and their bodies are often ravaged by the forced birthing of countless litters. Once the female dogs show signs of weakness, they are killed. The female pups that have been produced immediately start birthing litters of their own when their reproductive organs mature.

Dogs in puppy mills usually never leave their cages unless those who run the mills see an opportunity to make a profit from using the animals for something else. Usually, the profit is made by selling the dogs through phony websites that advertise happy, healthy puppies waiting for eager owners to step up and purchase them. In reality, these puppies are barely cared for and are given the bare minimum they need to survive. Those who run puppy mills sell the pure-bred pups produced in puppy mills for outrageous sums of money, and a new dog for their child can cost parents around $1,000-5,000, depending on the breed. The money paid to puppy mills keeps the vicious cycle going, and millions of dogs are abused every year.

The amazing purebred that my neighbor had never met face to face probably cost her a large amount of money. She never met the breeder either, and while we’ll never know where she ended up buying her dog from, there’s a good chance whoever sold the dog to her may have falsified information to conceal deeds of animal cruelty.

The bottom line is that animal cruelty is a very serious issue. Thankfully, there are those who try to fight. The Humane Society is a good example of an organization that tries to fight animal abusers on all fronts. The Humane Society directly cares for animals with disaster response teams, a global street dog program, and mobile veterinary clinics, as well as five individual care center buildings. They do this in addition to advocating for better treatment of animals through public policy, corporate reform, and major campaigns to stop animal abuse (like the “Stop Puppy Mills” campaign, which helped save my current dog). Also, The American Society for the Prevention of Cruelty to Animals (ASPCA) is another prolific anti-animal cruelty organization that televises ads featuring celebrities that endorse them and advocate for better treatment of animals. Individuals are encouraged to contribute to these and other animal rights organizations that try to end cruelty to animals.

My dog was rescued by The Humane Society and local authorities. He was fortunate in that they found him before it was too late. He was shipped to a shelter, where my family and I met him face to face, adopted him, and nursed him back to full health. I am immensely proud today to say that we rescued him, and no five thousand dollar dog could ever match what he has given to our family. 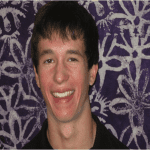