At 3:15 the bell rings, the best part of the day for most students. Without any hesitation they storm out of the front doors, some to get their siblings, others on their journey home. While walking down the great McKinley Tech Hill towards the Metro I notice that before I even get to the station there are five fast food chains within two blocks of one other. As soon as you get to the bottom of the hill directly across from the light there is a Wendy’s, on the right there is a McDonalds, on the left there is a Five Guys, and, about a two minute walk away, there is a Burger King.

Watching the news one evening, I caught a story reporting on the dangerous rates at which obesity is afflicting American youths. It made me think about what I see every day on my trip home. I wonder, why are we having issues with obesity? The answer seemed clear: teens and adolescents are tempted all the time by these fast food chains. In my opinion, and as evidence shows, these fast food chains are directly contributing to the steadily increasing obesity rates across the country. We need to rethink our habits and fix the larger problems that make fast food so cheap and easy.

Fast food chains are an easy choice for teens; they are less expensive than sit- down restaurants, the food tastes pretty good, and they are fast and they are everywhere. Sounds like a good deal – right? Not so fast: this industry is one of the leading contributors to the obesity epidemic today. Fast food companies add high amounts of sodium and other large amounts of unhealthy additives and preservatives to make the food cheap, tasty, and addictive, but the food ends up nutrient-poor, as Demand Media nutrition writer Clay McNight explains, “The frying process that makes these foods appeal to your taste buds and the pleasure centers in your brain also renders them high in Trans fat. Trans fat is one of the most dangerous and health- damaging constituents of fast food.” He references a 2009 research paper published in the Atherosclerosis Journal, which reported that trans fats cause inflammation and calcification of cells inside of the arteries. The researchers thought that trans fats were so harmful that they should “be banned from the food supply.” McNight warned that when artery cells become inflamed or calcified, the person affected is at higher risk for heart attack and stroke.

McNight also revealed that the high levels of sodium and sugar in fast food increase their health risks. He wrote:

While the National Institute of Health recommends a sodium intake of 2,300 milligrams per day, Americans are exceeding that amount by 1,000 milligrams daily. A diet containing too much sodium can lead to high blood pressure and heart disease.

A 2008 study published in the Journal of Hypertension concluded that diets high in sugar accelerated cardiac systolic dysfunction and mortality compared to low-sugar diets. A 21-ounce chocolate milkshake from one fast food chain contains 111 grams of sugar, which is 79 grams more than the daily total recommended by the American Heart Association. The refined sugars found in fast foods provide little nutritional value.

Did you notice that since the time fast food became common, obesity increased in this country? A Pew Research Center study found there are currently 160,000 fast food restaurants in the United States that serve 50 million Americans daily. Records from the National Bureau of Economic Research (NBER) show a link between fast food chains’ proliferation and the obesity rate. NBER reports, “since the early 1970’s, the share of children age 6 to 19 classified as overweight has more than tripled, from 5% to 17%, while the share of adults classified as overweight or obese rose from half to two-thirds of the population. Over the same period, the number of fast food restaurants more than doubled.” Clearly, overwhelming amounts of people easily access and eat fast food. If they consume it on multiple occasions without exercising, they can increase  their chances of being obese. As the research shows, the increase of fast food chains production likely had an effect on the rates of obesity.

Many believe that the obesity rate in America should not be blamed on fast food companies because eating fast food is a personal choice. However, as mentioned in McNight’s research, many ingredients that companies add can make fast food addictive, like sodium and trans fat. People that are eating these products make it a habit, and the ingredients make them lose control of the urge to eat fast food.

Even more importantly, families that live below or near the poverty line have a difficult decision to make when it comes to fast food. For American families working for minimum wage, which is $8.25 in D.C., their income is barely enough to purchase the necessities of everyday life. This means that families often have to choose what they can afford rather than what they want. Phil Izzo of The Wall Street Journal found through an investigative article that “higher obesity rates exist nationally among low- income adults. Low-income adults are 33% more likely to be obese.” He went on to report, “Adults who earn less than $15,000 per year were more likely to be obese, compared with 24.6% of those being obese who earned $50,000 per year.” Izzo’s findings suggest that people with less money resort to eating fast food because they don’t have money to buy better foods for themselves.

Fast food chains are a major contributor to high obesity rate in the US. Fast food is not only addictive, but it is also affordable, convenient, and easily accessible. If more people understood the impact of fast food on their health or if legislators agreed to increase the minimum wage and fight poverty, perhaps students might race down the McKinley Tech Hill and opt for healthier food options. 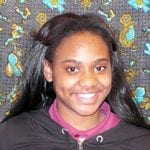