Long black clothes and long white beards symbolizing their length of ignorance and color of their opinions. It’s these minions that cause the shame, that ruin the name, that make us all look the same. It’s the fundamentalists that hold us to less, that tell us to bless but are blind to the mess they’ve truly created. The real problem is the mold of ideologies engraved in our philosophies enforcing our dependencies and feeding animosity. Interpret, not enslave, accept not abandon, reclaim what’s been destroyed, and avert the slide into the void of dogma.

The journey began on a packed flight from New York to Tel Aviv where I was surrounded by crying babies and conversations in Russian, Amharic, Hebrew, and Arabic. The melodic sounds of overlapping languages thrust me into a new and curious adventure.

Although the country is only 8,000 square miles, Israel is the cradle of the world’s largest monotheistic faiths and the land is dotted with religious sites. The Jews worship at the “Wailing Wall”, the Muslims worship at the Dome of the Rock and Al-Aqsa Mosques, and the Christians worship at dozens of churches including the Church of the Holy Sepulcher.

While placing my knapsack in the overhead compartment, a few passengers caught my attention. I tried to settle in my seat and listen to my iPod, but was instead drawn to the nearby chants and prayers by an ultra-orthodox fundamentalist sect of Jews called Chassids. Chassids come from Eastern Europe and cling to strict ritual traditions. Listening to the prayers, I recognized a few words and began to feel a sense of connection. The Israeli music playing over the loudspeakers reminded me of the soundtrack of the festivals and holidays my family celebrated. For the first time in my life, I felt I wasn’t a minority or an outsider. But while I felt at ease with the diversity of people around me, I never got a sense that the others felt the same way about me.

We headed north toward Tzfat, an ancient city wedged into the hills of the Galilee. Tzfat is mostly made up of secular artists and religious Jews who live separate lives and rarely interact. Just a few minutes into our tour, we heard screams. Two Israeli soldiers with M-16s casually swung around their shoulders tore through the  group and ran to the front and began to shout. I was shocked by what I saw. Ultra-orthodox children were throwing glass and spitting on our group from a rooftop and my friend had been hit by a rock.

The children attacked our group because we were different. We did not dress in black, nor did the girls cover their heads, arms, and legs. I couldn’t understand how being different had turned me into an enemy. Why would anyone throw rocks? The experience in this village was the beginning of a transformation that would open my eyes to a country that has to balance religious and democratic laws. For me, the knowledge I had about this country had been sugar-coated.

For Jews, Israel is often depicted as a land of milk and honey and a country where its external enemies are a greater threat than its internal divisions. But what I saw that day was not the country I thought I knew. Wasn’t I one of them? I wasn’t an enemy. Instead of feeling closer to the country and people, the incident I witnessed alienated and disturbed me. I wanted to understand what drives someone to violence. This question stayed with me throughout my travels and I still haven’t found the answer.

We headed the next morning to Jerusalem, one of the most revered and holiest places in the world.

Christians, Muslims, and Jews flock to the city’s holy sites and savor the culture and history that seep out of every stone. We walked close together and approached the “Wailing Wall” otherwise known as the “Western Wall” or “Kotel,” the last standing wall of the second Jewish temple, which the Romans destroyed in 70 AD. Hundreds of notes are crammed into the gaps between the stones with wishes, prayers, desires, and dreams of those that visit. I quickly made my way through the security line and ran through the crowd to get as close to the wall as possible. The touch of its warm stones filled me with a feeling that’s hard to explain. Tracing my fingers over the ridges of the stones, I could imagine all the battles fought over the years; the tears shed. I closed my eyes.

I was then jolted by the sound of someone sobbing behind me. I turned around and was shocked to see not a stranger, but my friend. An ultra-orthodox man had refused to let him pray at the wall with Tefillon (a special prayer accessory) because his mother wasn’t Jewish. How could they get away with excluding my friend or anyone else for that matter? Who gave them the authority? When I shared what happened it was explained that not all the ultra-orthodox were intolerant, even though we already had two bad experiences. Later that night we shared a Sabbath meal with an ultra-orthodox family and conversed about everything from politics to soccer. I thought about stereotypes and how fundamentalism, regardless of faith, reinforces a belief of superiority of one’s way of life over another’s. In any faith or religion this can be dangerous.

The next morning’s sunrise inspired me to rethink my Israel experience. At first I felt disillusioned. I turned to writing to release my anger – using words to express my disappointment. I talked with Israeli soldiers about the social conflicts and through these open conversations I learned to reconcile my experiences and not just criticize the things I didn’t like. I understood more clearly that every country has problems and I appreciated more than ever the importance of tolerance, which can easily be taken for granted.

I also realized that I don’t have to reject something just because it doesn’t meet idealized expectations. And at the same time, I don’t have to accept injustice and intolerance. My initial disappointments on this trip caused me to fall into the stereotyping trap. This experience left me with the idea that stereotyping a whole country or even a subgroup of people like the ultra-orthodox is unjustified. I’ve come to understand that it’s important to work towards avoiding generalizations and get beyond our differences and disappointments. Instead of giving up or pulling away, we need to work towards creating the kind of community we all can live in. 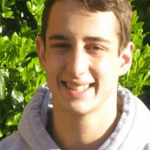