When I was younger, it was very rare to see a mixed Korean-American person like me in TV shows. Imagine being a young child and turning on your TV yet never seeing anyone who looks like you, or only seeing people who diminish your whole identity to a stereotype. Millions of children, including me, feel like this every day. Harmful representations of characters of color lead to inherited racism in children who live in non-diverse towns and cities. TV show producers should allow people of color (sometimes called POCs) to write characters of their own race, especially in shows for children, so that stereotypes are not carried through generations.

When you are younger, you are too naive or young to notice the stereotypes and blatant racism in Disney shows. The show Jessie is a textbook example. Two famous white celebrities have four kids and three of them are adopted. Ravi, born in India, has a fake accent, is super smart and has a pet lizard and Zuri, born in Uganda, is portrayed as a ‘sassy’ young black girl. You don’t need me to tell you that not all Indian kids are super-smart, and that Black girls can be many things other than ‘sassy.’  When children in predominantly white areas see this kind of media and harmful stereotypes, they begin to learn and believe all people of that race act like that, because they are not exposed to people who don’t look like them.

When children are exposed to stereotypes, they become ingrained in their minds. A Common Sense Media study done in 2017 shows that characters of color in shows most watched by children aged two to 13 are more likely to be depicted as violent. The article goes on to say that women of all ethnic-racial groups in adult programming are more likely to appear in sexualized roles. The study reached out to parents and guardians of children who feel that ‘White people are often portrayed in a positive light in the media their children are exposed to; one in four believe that portrayals of Black, Hispanic, and LGBTQIA+ people are more likely to be negative.” If parents of children are able to recognize how these roles portray people of color, why aren’t qualified producers and writers able to?

People can argue that if actors are auditioning and willingly participate in these roles, the writing of the role can’t be racist. But that is not true, because in most cases, these are the only roles out there for them that would genuinely highlight their acting skills and promote their acting careers. Some people who are auditioning may be younger and don’t understand that their race is being portrayed harmfully in the show. It may also be that, as some people say, it’s “the price of fame” to play stereotypical roles, and if you do well enough in this stereotype, people will want to hire you for other parts. With all these factors, actors today are only left with stereotypical parts to play.

Stereotypes in young children’s media are harmful, and POC characters need to be written or reviewed by actual people of color. If this doesn’t happen, then stereotypes in the media will continue to incite inherited racism in younger children. As a society, we need to address the hypocrisy of these roles and their writing, and teach the younger generations that these portrayals are harmful and aren’t true. 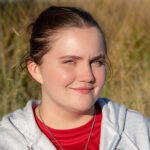