Hello, my name is Kiera Lyles and I am in 9th grade at Cesar Chavez Parkside High School. Did you know that over 400,000 women and girls are victims of rape and sexual assault each year in the United States? I want to live in a world where women and girls are not getting sexually abused, don’t you? To prevent sexual violence, parents and schools need to teach healthy safe-dating relationships skills to teens. When sexual assaults cannot be prevented, women need to feel safe reporting that they’ve been sexually abused. While there are resources for victims, the government needs to do more to help women when they have been sexually abused.

First, we should all be concerned about sexual violence and look for ways to prevent it. The statistics are terrible: The World Health Organization reports nearly one-fourth of women experience sexual violence by an intimate partner and around one-third of girls report their first sexual experience as being forced. In the United States, “One in five women will be sexually assaulted or will be victims of attempted sexual assault while at college” (womenshealth.gov). To prevent sexual violence, parents and schools should start teaching safe dating programs that teach positive communication and anger management. The Center for Disease Control and Preventions recommends these programs because they have been shown to reduce dating violence and sexual assaults.

When sexual violence is not prevented, it can have a major impact on mental and physical health. For example, “94% of women who are raped experience symptoms of post-traumatic stress disorder (PTSD) and 33% of women who are raped contemplate suicide” (Victims of Sexual Violence: Statistics). Therefore, there should be more rape crisis centers to facilitate effective experiences for victims with both medical and legal systems that include help with reporting, medical care, and therapy.

Some may argue that the government is doing enough and that women are not afraid to speak out about being victims of sexual abuse. Unfortunately, if we look at the facts, sexual assault is an underreported crime. In a representative national study of college women, “few (5%) reported the incident to law enforcement, citing that they did not want others to know, feared hostility from the police, feared reprisal by the assailant, or did not know how to report” (The National Child Traumatic Stress Network). If only 5% of victims feel safe reporting then the government definitely needs to do more to help victims with this issue.

I demand parents and schools require teaching healthy safe-dating relationship skills to teens so sexual assault can be prevented. Let’s all come together to end sexual violence once and for all. 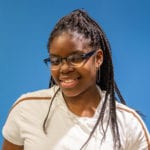