Imagine taking the daily vitamin that your doctor prescribed to you. You take this pill so often that it becomes second nature to you. So you do not realize when you start taking it more than you should. You have grown dependent on this vitamin and you cannot stop taking it. You are now addicted. This is a major issue in the medical community because doctors are prescribing opioids, highly addictive drugs that relieve pain, on a daily basis. Did you know that in 2016, more than 42,249 people died from opioid overdoses? This means that more than 115 people per day died from overdosing on opioids, a drug that was meant to help people, but did more harm than good. Like many people, I fear going to the doctor because I am not very knowledgeable of medicine. I worry about having accidents and injuring myself, since I might not know the best option for medication. This is an important topic to me, because my well-being would be at risk if I was to take opioids, like the many Americans who became addicted to the drug.

First, what are opioids? According to the U.S. National Library of Medicine, opioids are the type of drugs that “act in the nervous system” and create feelings of euphoria and pain relief and many common opioid drugs include “oxycodone, fentanyl… methadone, oxymorphone, hydrocodone, codeine, and morphine.” According to the Mayo Clinic, opioid addiction is the “inability to control the use of” an opioid drug or medication. Opioids can negatively affect your physical and psychological being, as stated by the U.S. National Library of Medicine. And once you are addicted to them, it is hard to control the use of those drugs and you can potentially die. A study by the Truth Initiative stated that “In 2013, the U.S. consumed more than ¾ of the world’s oxycodone.” It also stated that between the years 1999 and 2016, the number of deaths caused by prescription opioid overdoses multiplied by five. These numbers say it all: America is being overwhelmed by opioids.

America is suffering from a terrible epidemic caused by opioid drugs that are obtained legally and illegally, since doctors prescribe drugs and people sell drugs like heroin on the streets. Due to these circumstances, the number of people dying from opioid overdoses continues to climb each day. Because the Opioid Crisis is detrimental to America, doctors should reduce the prescription of opioids to patients and the federal government should enact policies that limit the distribution of illegal drugs. These are just a couple of ways to overcome the opioid epidemic. But first, let’s talk about how dangerous this problem is.

People can quickly and easily get addicted to opioids. The Truth Initiative stated that a person can become dependent on opioid drugs in a minimum of 5 days. Patients do not realize how fast their bodies can rely on opioids, therefore making them unaware of the fact that the timespan for their prescription is important. All drugs have addictive qualities, which means that depending on the dosage and other factors, it is easy to become dependent and addicted. And according to the Mayo Clinic, genes could “delay or speed up” the addiction process to opioids, so people must pay extra attention to themselves when taking these prescribed drugs. Additionally, “Exposure to [peers] that encourage drug use” can increase someone’s risk of becoming addicted to opioids or any type of drug for that matter. If you are socializing with people who discuss drugs or participate in drug use, you are running the risk of getting involved and possibly addicted to drugs, because people can influence your character and your actions. So, both teens and adults need to be mindful of who they surround themselves with, because the company that people keep can make the difference in whether they get addicted to opioids, drugs and other substances. In order to help stop opioid addiction from continuing, strategies need to be applied both medically and politically.

Millions of people are abusing their use of opioid drugs. Between 2016 and 2017, “11.4 million people misused prescribed opioids,” as stated by the Health and Human Services. Not hundreds, not thousands, but millions of people used their opioid drugs inappropriately between those two years, so those people should not have been given that medication. If that many people abused their prescription of opioid drugs in one year, then the crisis will continue to get worse. The Truth Initiative stated that the “Misuse of doctor prescribed opioids can lead to dependence.” When people misuse a drug, they tend to get addicted more often than those who use the medication correctly. Misusing a prescription opioid can range from getting it from someone other than your doctor, or not following the instructions given to you by your doctor when it was prescribed. Incorrectly using prescribed opioids is causing many people to become dependent on the drug, which leads to overdose and death.

Each day, many people die from opioid overdoses. According to the Health and Human Services, more than 130 “people a day die from opioid-related drug overdoses.” This number is 130 too many, because no lives should be lost to medication that was meant to help people. It is simply not worth it. Also, a study done by the Truth Initiative states that every 12 minutes, somebody loses their life to the opioid crisis. People dying from the opioid epidemic is happening around the clock. When you do the math, 12 lives per minute equates to thousands of lives per day being lost.  If people are dying that often due to opioid drugs, then America is facing a terrible issue, which is why a change needs to be made.

Many people believe that the benefits of opioid drugs outweigh the negative effects, because opioid drugs alleviate severe pain. In a study by MedlinePlus, it stated that doctors usually provide opioids to patients after they “have had a major injury or surgery” and this may be because patients are experiencing “chronic pain.” It is true that opioids help people to recover from injuries and surgeries by soothing their pain. However, “pain is subjective,” which means “that thoughtfulness in prescribing is necessary, especially when the prescription is highly addictive, like opioids are,” according to the Truth Initiative. For example, someone’s tooth ache might really hurt, while another person’s tooth ache barely bothers them. Since everyone has their own pain tolerance, doctors should be careful when prescribing opioids, because it could do more harm than good. This means that even though opioids relieve pain, they are highly addictive, which could lead to opioid overdoses and then death.

Doctors rely on medicine to help their patients and a little medicine for the right reason never hurt anybody. Still, medicinal drugs should be taken with caution and full understanding of their effects. And remember, people aren’t just getting drugs from the doctor’s office; they are obtaining them from unauthorized sources. Consequently, to avoid any further opioid overdose deaths, there should be practices in place. Because the Opioid Crisis is detrimental to America, doctors should reduce the prescription of opioid drugs to patients and the federal government should reduce the distribution of illegal drugs. It does not take long for someone to get addicted to opioids, which can lead to the misuse of opioids and other drugs, and that can cause the deaths of many people.

There are other things that everyday people can do to help end this crisis: people can learn more, build their awareness, and speak up about opioid addiction. There are treatment options are available to help people recover from opioid disorder. For example, MAT (medication-assisted treatment) is the major way to treat opioid use disorder, which “includes medicines, counseling, and support from family and friends,” according to MedlinePlus. And stated by the National Institute on Drug Abuse, some of the medications used during recovery include “the drug naloxone” and buprenorphine. With the help of treatment plans, the reduction of opioid prescriptions, and the prevention of illegal drug distribution, America can fight against the Opioid Crisis and save the lives of many people suffering from opioid addiction. Don’t let it be you, your family, or your friends who become the next victims of the opioid crisis. 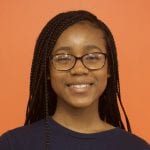