Have you ever had to deal with a white person calling you a “Negro”? How about a white person holding the Confederate flag in your face saying “go back to slavery times so I can beat you and I can have more money”? Racism is everywhere and it can not only hurt people’s feelings but negatively affect their progress mentally and physically. Good Morning America talks about teachers who have introduced anti-racism classes and programs. We should have a class that teaches you about racism and why you should not engage in it. Teachers and students should be held accountable for racism in schools.

Racism in schools has to end because it hurts people and makes them question themselves. Not only that but black kids are mostly targeted when it comes to discipline. A New York Times article says: ”In Minneapolis, Minnesota, black students are suspended far more frequently than white students.” This is just one example of black kids being targeted when it comes to discipline. The board of education should make a class where you learn about racism and ways to prevent it so this doesn’t happen anymore. “We were taught that we live in a post-racial society,” Mitchum said. “There was nothing on how racial injustices continued to happen to people. It was hard to understand what racism was until I experienced it myself as a black woman.” Mitchum, a recent graduate of Drake University, was the only black student in her middle school. When she’d get picked on or faced injustice, she didn’t understand until she researched discrimination against blacks. This shows that even today people still have to endure racism in schools and so it should be the job of the schools to teach people about racism.

The board of education should make a class where you learn about racism and in that class, they should also teach you ways you can prevent it. To elaborate, in this class students will be learning about how black students are mostly targeted. Further, an encouraging article published by willamjames.edu showed that diversity classes resulted in “increased feelings of comfort with racial issues and an apparent increase in interactions with those of other races.” Classes on racism and diversity do work and the board of education should put them in place.

Some people might say that they don’t want to go to these classes because it takes up time in the school day. They are mistaken. You do need classes that teach you about racism and the teachers just need to hold students accountable. According to Gholdy Muhammad, an associate professor of education at Georgia State University, “Teachers need to not only be self-aware but also willing to include anti-racism work in all lessons.” This shows that even university professors are willing to include anti-racism work, so why shouldn’t the schools that are supposedly preparing us to attend universities?

In conclusion, racism needs to end, and having these classes will help make that happen. In order to make school a safe haven, there should be a class where you learn about racism. If this problem is not solved there will be a lot more fights and people will be expelled. So the board of education needs to get a grasp on this now because if not, a lot of kids will miss out on education. 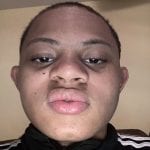