According to ProCon.org, Americans spend around $1 billion per year on uniforms. That’s a lot of money for something which won’t even fit you next year. I was at school once when I witnessed an unfair dress code with my own eyes. There was a girl with a crop top which wasn’t showing anything. She got asked to put on a sweater. Meanwhile, a boy was playing soccer with a shirt that covered almost nothing and was asked not to cover up. Now, this is important because the teachers were more focused on this girl wearing something that showed almost nothing rather than this guy who was nearly shirtless in front of everyone. This is an example of the problem because the teachers saw both of the students, but only dress coded the girl. If they were going to dress code the girl in front of everyone while this guy runs around almost shirtless, they should be fair and dress code both of them. Dress codes should be changed because of the way that they prevent expression and for the way that they are discriminatory against women. In order to get this done, people affected by dress codes should have input on the rules in order to make it fair for everyone.

First of all, dress codes should be changed for being unfairly discriminatory towards women. For example, according to Diversity, “ A 2018 study of Washington DC schools by National Women’s law center ( NWLC) found that African American girls are especially harmed by dress and grooming codes. When enforcing these codes entails students out of class or even sending them home, those girls then fall behind in school simply because of the clothes they wear or the style of their hair and makeup, according to the NWLC website.”As you can see, dress codes not only discriminate against women in general, but specifically impact African American girls the most. We should encourage students who have a problem with the dress code to create a council and take their issues to the school head. This way, students have more input in school rules, specifically dress codes.

Another example of the discriminatory nature of dress codes is shown in this bizarre story of a breast cancer awareness demonstration in a school. According to ProCon.org, in one school in Prince George’s County, Maryland, 75 girls were suspended for wearing pink skirts for breast cancer awareness. This shows that girls were being punished for violating the dress code for a petty and sexist reason. One would think that a school would want its students to be passionate and active about such an issue as breast cancer, but instead this school used this opportunity to punish girls.

Some would argue that dress codes are in place to keep order and to keep naked people from running around. However, while I do somewhat agree with this, I don’t think it’s right for it to be 90% directed towards women. Also, according to futureofworking.com, dress codes in schools tend to weaken diversity, have no effect on student attendance or preparedness, and have even been connected to increased assaults in some of the more violent schools. Add to that how difficult dress codes can be to enforce, and one might wonder if such policies do more harm than good.

Dress codes should be changed for the way they influence discrimination and prevent expression. People who are affected by it should have an input in the rules. African American girls being 5 1⁄2 times more likely to get suspended than white girls is awful. 75 girls being suspended for showing their support to an issue like breast cancer is bizarre. $1 billion dollars spent on uniforms every year nationwide, is a lot of money. If the solution isn’t put into action soon, girls will keep getting dress coded unfairly and for discriminatory reasons. Putting someone who is affected by the dress code to have an input with the rules would be so life changing for girls and women all over the world. They would feel so much confidence in what they are wearing without feeling the need to hide or to feel ashamed for something they can not change. 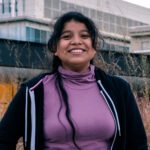