It was a nice night; very dark outside and a very beautiful sky filled with stars. But inside the walls of one house things weren’t as nice as they seemed. SLAP, every second, SLAP was heard, and sadly she was already used to this type of behavior. Domestic violence is a problem and the number of cases is increasing. Many people get hurt by their loved ones who they never expected to get hurt by. People should look for unnatural behavior from their friends and family and see if they have any bruises where they should not be.

As we all know, domestic violence has always been a problem, but ever since the pandemic, the number of cases has increased. According to Public Health Insider in the article “Supporting Survivors of Domestic Violence During Covid-19,” the pandemic has just made cases worse. They explain that during the pandemic many victims could not talk to people to help support them. They also include that during the pandemic, the highest calls for domestic violence help have happened during quarantine. If people could look for unnatural behavior in their friends and family, then they could help them by reporting the case to the police.

The rise in domestic violence has highlighted the fact it can affect anybody, and this next piece of evidence shows just that. According to an article from AmericanProgress.org called “Frequently Asked Questions About Domestic Violence and Firearms,” the author said domestic violence affects many people no matter who or what they identify as and the LGBTQ community is more vulnerable to domestic violence. “Domestic violence affects people of all socioeconomic classes, ages, genders, races, and ethnicities. Across their lifetime, 1 in 5 women and 1 in 7 men report experiencing severe physical violence from an intimate partner; and nearly 2 in 5 transgender people report having experienced intimate partner violence or other forms of coercive control and/or physical harm.” This shows that people should always be careful who they are with because anybody can be vulnerable to domestic violence. Similar to looking out for unnatural behavior from victims, we should also look for unnatural behavior from abusers as well.

Others may say that domestic violence does not get reported because the family members or victims don’t think it is really bad enough to report it. Many times domestic violence goes unreported because the victims are in shock and can’t believe someone they knew would do such a thing. According to a Choma article “Reasons Why People Don’t Report Abuse,” many people are in shock, in fear, and have self-doubt. They sometimes start thinking about the victim and if they could have helped sooner. The author states, “When people suspect that someone they know is being abused, they are often too shocked to take it in at first.” This proves that many people are surprised and mostly confused. Another piece of evidence from Choma states, “In cases of emotional abuse, victims often begin to doubt themselves and second-guess all their decisions. This can prevent them from getting the help they so desperately need.” This proves that in emotional abuse cases, people slowly start to believe what their abuser is saying and they don’t want to get help because of it.

To conclude, domestic violence cases have increased dramatically in the past two years because of the pandemic. Anybody can be a victim of it as well; you can possibly be a victim right now and may not even know. Yes, many cases do go unseen, but it is only because of the fear and shock, for many victims makes it hard for them to speak up about it because they are scared that their abuser may do something else to completely ruin their lives. Many abusers are overprotective of their victims, which is why it is so important to look around you and know the warning signs of abuse. If you suspect someone you know is being abused you can report it to the police, call the domestic violence hotline, or simply just be there to support the victim. 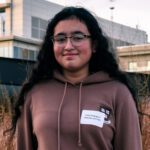