The Problem of Domestic Violence

Greetings, my name is Brizel Martinez Cruz and today we will be addressing domestic violence against women. Imagine your husband entering your home immediately abusing you and, if your children dare to interfere, they get abused as well. This is what my grandma faced almost all her life. My grandma faced this situation because of Mexico’s culture of machismo and because my grandpa was an alcoholic. As a female, I have a chance to go through an experience like this. It is something I don’t want myself or any female to go through. Men have to stop abusing women because it affects their mental and physical health so we should encourage women to speak up and press charges against their abusers to help end this situation.

Second, some people know female victims of domestic violence and should help by speaking up for them and not staying silent. On the website www.breakthecycle.org, it  states “Nearly three out of four Americans personally know someone who is or has been a victim of domestic violence.” We need to be aware of the people we know so we can help them escape a problem like this. My grandmother had people supporting her who tried convincing her to leave her abusive relationship with her husband.

Some husbands argue they have the right to abuse their wives due to machismo (aggressive masculine pride). In an article by www.BBC.com, it states ¨According to a victims’ agency run by the government, 90% of victims of sexual violence are women…” Most victims are women because men think it right because of their believed superior gender and culture. We can end this culture of hurting women by pressing charges so male abusers learn that this is not a consequence-free crime.

In conclusion, domestic violence against women is a problem we need to shine a light upon. Just imagine someone you care about or the person sitting right next to you suffering due to this. We as a society and you as the reader need to take a stand for women that are victims by showing them that they are not alone by sharing the domestic violence hotline, (800)-799-7233, on any social media platform. 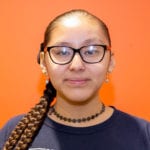