Did you know that females are more prone to experiencing violence in relationships
than their male counterparts? According to Dosomething.org, “85% of domestic violence
victims are women.” This does not leave male adults out of the equation. In (Huecker et.al,
2020) one in nine men are victims of domestic violence. Domestic violence has a major
impact on people. It causes injuries & depression, which can lead to self harm. Ways you can
help with this issue is creating campaigns to raise awareness and government investments in
safer environments for victims to get treatment.

One may ask, “What exactly is domestic violence?” Domestic violence is defined as a
pattern of behaviors used by one partner to maintain power and control over another partner
in an intimate relationship. It includes actions that physically harm, intimidate, manipulate or
control a partner, or otherwise force them to behave in ways they don’t want to, through
physical violence, threats, emotional abuse, or financial control. From knowing what domestic
violence is we can fight it in a safe way. For example, one time I saw a show and they used
codes. Like the lady acted like she was ordering a pizza and pepperoni was a code for in
danger. Domestic violence is a serious human issue and it should not be ignored. Regardless
of one’s gender, it is evident that creative solutions have to be implemented to tackle the
problem. Domestic violence impacts the state of humanity which affects society as a whole.
According to (Huecker et.al, 2020) Domestic violence victims typically experience severe
physical injuries requiring care at a hospital or clinic. The cost to individuals and society is
significant. Annually, billions of dollars are spent on providing services for domestic violent
patients on medical and health care needs. These costs may vary depending on the severity
of the case. To help the most vulnerable people, fundraisers and monetary donations have to
be made to support health and medical professions in their efforts of treating domestic
violence victims and survivors. I think the government should invest more in providing a safer
environment and space for victims to get treatment.

In conclusion, domestic violence can lead to a serious impact on people’s lives,
creating a dangerous environment for others and themselves. We can have campaigns to
raise awareness and government investments in safer environments for victims to get
treatment. People who are really interested to stop domestic violence should make mini safe
protests/gatherings to raise money for domestic violence. 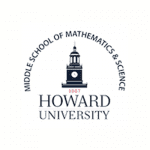