Millions of immigrants go to America each year. They come for different reasons such as job opportunities, starting a new life, better rights and many more. However, a lot of immigrants in the United States came here without legal documentation or permission. Law enforcement workers from the states that border Mexico – California, Arizona, and Texas especially – search for undocumented immigrants, who some call “aliens,” and many times deport them back to their home country. I believe the United States should allow more immigrants to enter and should create more ways for them to become citizens because they help improve the economy, they bring diversity and culture to the United States, and they represent America’s responsibility to be a welcoming country for citizens of the world.

Immigrants, undocumented or here legally, strengthen the US’s economy. According to an article written by the Center for American Progress titled “Immigrants Are Makers, Not Takers,” a 2011 study by the Institute of Taxation and Economic Policy “found that immigrants paid 11.2 billion in state and local taxes in 2010 alone” (Fitz, Wolgin, Oakford). This proves that immigrants participate in the American economy and help make it stronger. If immigrants got kicked out of the US, our economy may become weaker without the revenue from taxes. Immigrants are contributing economically to our country; for this reason, they should be able to stay.

On the other hand, some people may think that the high number of undocumented immigrants in the US may be taking American citizens’ jobs. In an article published by BalancedPolitics.org called “Should America Maintain Or Increase the Level of Legal Immigration?,” the section on economics states: “If you pump millions of new workers seeking new jobs, it decreases the amount of work available.” (Messerli) This means that it is likely that immigrants took a lot of the open job opportunities in America. However, immigrants usually take low-paying jobs that very few Americans would take. According to the same text, “A wage of $5-$7 is usually too low to induce Americans to take and stay at such jobs. Immigrants who may be lucky to earn $5 a day in their native countries are more than willing to work these jobs.” (Messerli) This demonstrates that the immigrants usually take low paying jobs and that they probably don’t steal jobs that Americans wanted to take. Sometimes, immigrants must do this to help their families out in their own countries.

Immigrants are known to bring diversity and culture into the US. In, “Should America Maintain Or Increase the Level of Legal Immigration?,” author Messerli explains, “Diversity brings more tolerance for people that are, on the surface, different than us.” This demonstrates that when different people from different countries come to the US, more culture and diversity is to be appreciated, and the United States becomes a more “colorful” country. Students will benefit from being able to experience and interact with peers who represent multiple cultures and languages in the classroom.

Lastly, illegal immigrants should be allowed to stay in the US so people will see what a welcoming country it is, as Messerli argues in “Should America Maintain Or Increase the level of Legal Immigration?” He writes, “As more people return home or communicate with loved ones, people around across the world will increasingly learn what a country we have.” (Messerli) Our country thrives when many tourists come, and it is proud of the freedom and liberty it offers. 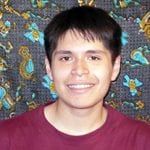