For now my parents monitor my computer usage but soon I will be old enough to have my own Facebook and YouTube accounts. Many of my friends already have their own. Although it’s cool to read updates and see new things, I know that bullying online is a real problem. From my research, no school or community is immune to the problems of online bullying. Online bullying and bashing other kids is pretty common and more and more students are admitting to being victims, witnesses, and even bullies themselves.

Although the victims of cyber bullies may bear no physical scars, the wounds can still run deep. Cyber bullying can range from mean text messages shared among sixth graders – “Debby is a stupid” – to far more mean acts like students who have been caught using social media networks to prompt schoolmates into sexual encounters. While I have never experienced cyber bullying myself, I have read it online and it’s one of the cruelest things I’ve ever seen.

Recently I was on YouTube searching for a song and the first video that popped up was a boy singing it into his computer. I watched it and he seemed fine, but it looked like he had a disability (I could have been wrong) so I read the comments to see if they could answer my questions. The comments were fine—at first—with stuff people usually say like, “Don’t listen to what people say, just keep going” but then the comments started getting really cruel like, “Ha you suck and you’re ugly, go get some surgery”, or, “Okay this is what you do, dig a big hole, then jump in, pour the dirt all over yourself and stay there for five hours then I would love to come to your funeral”, and even a death threat! I just stopped reading after that, and to this day, I hope he’s all right and that he didn’t try to hurt himself. His video was posted a year ago, has over 1 million views, and vicious comments are still posted daily.

Bullying is when someone deliberately tries to hurt another emotionally, physically, or mentally. Cyber bullying can be worse. Regular bullying can be stopped because of teachers, parents, or even the start of summer vacation when you don’t have to be around the bully anymore. Cyber bullying usually starts outside of school the minute the bully gets to a computer or phone and can go on forever as hurtful comments and lies can be posted and forwarded from person to person, and forum or chat room, as long as the bully or bullies feel like it.

Research on how teenagers use online social media may be alarming to adults if they only knew more about it. A recent poll conducted by teenagers to other teenagers spoke with more than 700 students. The report found that 44 percent of teenage boys said they had seen a photo of a fellow female classmate naked and 10 percent said they had shared a naked photo of themselves online.

Cyber bullying also seems to be a more serious problem for girls than for boys. Most studies report that more girls are cyber bullied than boys. To little surprise, the report also shared that more girls are doing bullying as well. I think that this is because girls know how to use a lot of personal information and feelings to try and hurt other girls. A lot of cyber bullies and their victims started out as friends so the bullies know exactly what to write and post what will make their target feel bad. Boys seem to be able to get over bad things more easily but girls seem to take this kind of bullying really seriously. On one end, it can lead to low self-esteem, but when the harassment goes too far, some girls have ended up killing themselves.

Since cyber bullying has become such a serious problem, people are trying to find ways to prevent it. Right now, most states have some type of law or “declaration” to deal with cyber bullying. Many schools include cyber bullying in their codes of conduct. For example, my school blocks certain websites so no one can say mean comments to others from school. Also, our school handbook specifically states that parents need to “monitor their child’s computer usage” and even tells parents to “call the police if bullying has escalated to harassment.” Websites such as Facebook and YouTube have parental controls and other policies like removing bad comments and banning accounts. The kids I know are pretty aware of cyber bullying and what they should do if it happens, but I don’t know if that changes anything.

My advice to any kid being cyber bullied is to just ignore it. Don’t read the comments if it hurts so badly! My computer class has also taught me a lot to protect myself against cyber bullies. First, you should make your accounts private or invitation only and block anyone who just wants to hurt you. Be careful about staying logged on to your accounts when you’re not by the computer and never tell anyone else your passwords. You could also report bad online behavior to the website administrators. If none of that works, you should tell an adult what is happening to you. Your parents or other people who can help you won’t know you’re being cyber bullied if you don’t tell them. If no one is listening to you about cyber bullying, and they are threatening to hurt you, you should call the police yourself. 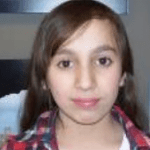