The topic of crime prevention is so important to me because I have been both the victim and the aggressor in prior situations in my past. As I started interacting with friends in my neighborhood peer pressure became a leading role in my everyday life until I made bad choices that landed me in Youth Services Center, better known as Y.S.C. Being taken from my home and having to be incarcerated for over 60 days, just for trying to fit in, was a turning point for me. For those sixty days, I promised myself never to break the law or do things just because my associates were doing them.  When I started focusing on my schoolwork and following my own mind, I sadly became a victim; I have been robbed, jumped,  threatened and even chased home because, I decided to be a loner. I strongly believe if youth had better programs, recreation centers, year-round jobs, mentors, and after school activities, a lot of today’s crimes could be prevented.

Kids in this growing generation are the future lawyers, athletes, entrepreneurs, teachers, actors, police, fire fighters, business executives, and leaders. If today’s youth are not better helped with financial  well-being, education, guidance, values, morals, leadership, role models, and other positive support and outlets the future of our society could be doomed. Today’s youth are burdened by substance abuse, gangs, unemployment, poverty, peer pressure, unsafe environments, and broken homes just to name a few. If someone doesn’t come up with a way to resolve this growing issue of violence and crime surrounding our youth a productive future will not exist. More time, money, resources, patience and tender loving care need to be invested into this growing issue.

One of the leading causes of crime and violence surrounding young children is poverty. Children that come from homes that are not financially stable are either picked on or start to commit crimes in order to keep up with their peers that are finically better off than them. Youth that come from low income families tend to pick up bad habits such as robbing, stealing, bullying and even killing. All because they tend to be jealous or mad at the fact that someone has something they cannot afford. If youth employment or after school programs was implemented all year-round throughout the region this could be a resolution to the problem of poverty surrounding our youth. These types of programs can help youth earn money to obtain the proper things they need so they will not have to use crime and violence as their way of obtaining their wants and needs.

Peer pressure is another way so many youth are involved in crime and violence. A lot of children refrain from being picked on by hanging out with the in-crowd (also known as the popular kids.) When kids are trying to fit in most of the times anything will be done to keep their place in the in-crowd even if it means assaulting, killing, threatening, harassing, robbing, fighting, bullying or stealing. Children are easily influenced by their environment and peer pressure. When these children grow up in poverty stricken areas or households they are more likely to be exposed to violence and crime. Since this is what they see every day, they begin to believe these are the things they should do. If there were more after school programs, recreational centers, mentors, youth retreats, and other beneficial programs developed to influence youth to stay on the right track or just to give them a positive role model in their life so many youth would not commit crimes. These programs should not be just warranted once kids get arrested as penalties. Without having programs and productive things for children to do boredom will surely lead them down the wrong path.

According to the Office of State Superintendent of Education, only 58.6 percent of 5,058 DCPS students in the class of 2011 obtained a high school diploma within four years. This was a 20% decrease over the 73% graduation rate reported for 2010. DC has one of the highest dropout rates in the United States. A successful educational process is needed in order to establish a successful positive life. Kids that drop out of school hang in the streets all-day. Therefore the streets become their learning ground. At this point children become a product of their environment. The choices they make are cosigned by the choices their already corrupted peers and so-called friends would make.

I think that better educational programs should be offered in DC schools. Even now the few programs that are offered t are usually only offered to students that meet a certain criteria, such as a high GPA, or good athletic skills. However, just one club or activity offered in after school programs may be the key to detour a child’s life that’s off track towards the right direction. Just maybe they can seek change if given the option to join. I don’t think that programs should have stipulations that leave certain kids unable to be involved because they don’t fit the criteria’s. If kids could have something productive to do that draws their attention it could possibly save a child from turning to the streets and committing crimes.

In conclusion, I believe that more time and money need to be spent to help better youth services. Millions of dollars are spent each year to house and monitor juvenile that commit crimes. If half of that money was spent on recreation centers, after school programs, mentors, education and other juvenile based programs I don’t think that most kids will ever enter the juvenile system. Children need other outlets and influence besides what they see when they step outside their house in which can be a terrible sight for some. While some are born with a silver spoon, most are not. And while others might benefit from becoming a product of their environment on the other hand most will not. I hear so many topics discussed on the news and in the newspapers, but the topic concerning today’s youth seem to be the best kept secret. When will someone realize that we are the future and without a better us there is no chance for a better future. 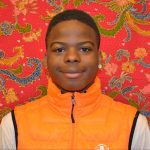