Have you ever passed a body of water and seen disgusting trash floating on top of it?  Was the water a repulsive brown sludge because of excessive amounts of sewage in it? If you haven’t experienced this, I have. I am on the crew team for my school. We experience the atrocious sewage and trash dumped into the rivers every day. We row on two rivers in Washington, DC: the Anacostia and the Potomac. These rivers are home to all kinds of wildlife and are practically home to the rowers as well. The day before a major regatta, my team was taking a boat out for practice, when the police stopped us. They told us 200,000 gallons of sewage was dumped into our river causing us not to row because the bacteria level was too high. Upset, I went home and did some research. It turns out that most of the pollution dumped into the rivers was caused by large companies rather than by individuals. I also found out that the government was not doing enough to stop it!

Not only are the polluted rivers not safe for people, but they also are marring the reputation of our nation’s capital. When the rivers are filthy, it gives tourists the impression that America is disgusting. Even president Lyndon Johnson stated, “The Potomac River is a national disgrace.” If the president thinks that the river is a disgrace, imagine what foreign visitors must think. Unfortunately, the Potomac River is not the only river in the US with pollution problems. For example, the Cuyahoga River in Ohio caught fire because of industrial waste. Think about that, the river caught on fire.  Though people in the US have grown more environmentally cautious and conscientious, the government is not taking nearly enough action to prevent pollution.

Large companies are not thinking about the environmental consequences when they dispose of their unwanted waste. It is easier for the corporation to dump their waste into the local waterway than to dispose of it properly. When caught, the government fines them. However, a small fine is no issue for large-scale corporations. They just pay the fine and continue to dump their leftovers into the water. This brings the idea that there should be larger fines and personal accountability for corporations that pollute our waters.

Some people feel that the government shouldn’t get involved in a company’s business.  The cornerstone of our society is that we live in a free country, and have the right to privacy; by definition then, the government should not get involved or at the very least, be involved to the minimum extent possible. However, the government won’t be able to prevent pollution until it finds out the exact cause of the pollution in the company. Once it finds out what is causing the pollution, it could then find a way to get rid of the pollution. In addition, the government represents our nation and therefore must have its citizens’ best interest in mind. It has to care about our general welfare, which is stated in the Preamble of the Constitution. The government can’t take care of our health unless it tries to prevent pollution by raising fines.

Another idea that could be going through citizens’ minds is that companies may go bankrupt if fines are increased, which may cause people to become unemployed. It could be argued that America is already in a significant amount of debt and there would be no positive outcome if more people lost their jobs. Still, if companies are causing that much pollution and affecting our health, then maybe that company should go out of business. Our health should come before their profits. Besides, there are other jobs that people can do that don’t cause as much contamination. At the same time, there are those employees who are unaware of the pollution, who work for the company but are not involved with the part that pollutes. Therefore, instead of shutting down the entire company and causing EVERYBODY in that business to lose their job, there should also be personal accountability, such as jail time, for those employees who are  are responsible for the conduct of the company – such as the CEO.

In addition to bankruptcy, there is the belief that companies are not causing THAT much harm to the environment so the government should not charge them. In reality, companies are causing a TREMENDOUS amount of environmental issues. The amount of pollution companies generates is so much that it is messing up the environmental food web as seen in a study in 1995. For example, a large fish’s diet consists of smaller fish that eats insects that eat plants. If one of those species becomes extinct then the other species has less of a chance to survive. If the insect goes extinct due to pollution then the smaller fish will not be able to eat and so on. So, how does this relate to citizens?

An example can be seen in the Exxon Oil Spill. Exxon was transporting oil across a Sound in Alaska when they leaked10.9 million gallons of oil into the water. It formed a barrier layer across the water. The Exxon Company thought it was just one layer of oil and would not do much damage. However, that one layer of oil prevented sunlight from entering, which prevented photosynthesis from occurring in the aquatic plants, causing them to die. As a result, the entire food chain was impacted eventually affecting people.  Humans consume between 1 trillion and 2.7 trillion pounds of fish each year. If fish were extinct, humans would have to find an alternate source for food. Pollution that messes up the food supply can be eliminated or minimized if there are higher fines or personal accountability for polluting companies.

Besides harming the food web, many human health problems arise with water pollution.  According to dosomething.org, children and teens in polluted environments often carry about 1,000 parasitic worms in their body at any given time, causing a child to die every 20 seconds from a water related disease. A typical school classroom has around 25 students. If a child dies every 20 seconds from a water related disease, it would take a little over 8 minutes for everyone in that class to die. As if parasitic worms aren’t enough, the world’s water pollution and sanitation crisis claims more lives through disease than any war can claim through the use of weapons.

According to the Huffington Post, the war in Afghanistan has killed around 2,000 Coalition troops. More than 2,000 people in the United States are dying from water pollution – think about that, more people in the US are dying from water pollution than war. In fact, at any given time, half of the world’s hospital beds are occupied by patients with water-borne illnesses. Water borne illnesses, by definition, are diseases that spread through un-drinkable water. This situation can easily be prevented by lowering the amount of pollution in the environment. Lower the amount of pollution by raising fines and holding people personally accountable.

There are many more reasons why the government should raise the fines than why it should not. It will control the amount of pollution by keeping a careful eye on companies, prevent companies from going out of business by raising personal accountability, and allow the food chain to continue in the normal way. Encourage your friends and family members to prevent pollution in any way possible whether they are a big company or not. Remember, you don’t have to be a big business to make a big difference. 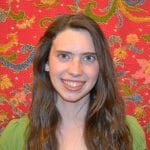