As a child, I was pretty chubby. According to the Body Mass Index (BMI, the measure of someone’s weight in relation to their height), if a child is over the 95th percentile for BMI, he or she is considered overweight. My BMI was always over 100th. Fortunately, my parents realized this tendency early on and focused on giving me healthier foods and daily exercise. I gradually became thinner as I grew older. It’s weird whenever I look at the photos of when I was younger. Fighting against childhood obesity means a lot to me. Some people think that obesity is irreversible, but with two simple steps triumphing over childhood obesity can be not only a dream, but a reality.

While younger generations are experiencing increased education levels and technological exposure, there are other increases that are more alarming. Childhood obesity has more than tripled in the past 30 years, and nearly 20% of the children in the United States are officially obese. Childhood obesity is a rapidly increasing problem throughout America. As First Lady Michelle Obama said at the Congressional Black Caucus Foundation Legislative Conference, “Childhood obesity isn’t some simple, discrete issue. There’s no one cause we can pinpoint. There’s no one program we can fund to make it go away. Rather, it’s an issue that touches on every aspect of how we live and how we work.” Fortunately, there are solutions to this predicament. Many children are obese merely because they do not have the incentive to eat right and exercise daily.

Fast food plays a huge role in childhood obesity as well. One in four Americans will eat fast food today, and more and more of them are eating fast food three or four times per week. Restaurants like McDonalds and Burger King use toys to entice younger children to eat their food, as shown in Happy Meals from McDonalds. Major restaurants also use additives to make their food taste better and make people want to eat their food over and over again. Teenagers are also drawn to eating at fast food restaurants more than any other age group because it’s fast, cheap, and convenient.

The typical menu of American kids also worries nutritionists. Only 21 percent of adolescents eat the recommended five or more servings of fruits and vegetables each day. Nearly half of all vegetable servings eaten by young people are fried potatoes. Kids who do not have their daily necessary nutrients will end up being malnourished, which can cause anemia, thyroid gland problems, abnormal growth and development, fatigue and low energy, slowed reaction, and much more. Back in 1977, average daily consumption of fructose (a low-cost simple sugar that can be lethal in large quantities over time) was about 37 grams per person per day. Recent surveys show that it is up to 54.7 grams, or about 10 percent of total caloric intake. And for teenagers – who consume excess amounts of soda – fructose intake could reach 72.8 grams per day.

To bring a halt to childhood obesity, the first step is to eat properly. The food pyramid states that one should eat at least 6 ounces of grains, 2-3 cups of vegetables, 1-2 cups of fruits, 2-3 cups of dairy, 5 ounces of protein, and 5 teaspoons of oil per day. Children need guidance or supervision from parents and other adults to avoid consuming large quantities of unhealthy food.

The second step is to exercise daily. On average, human beings need about 60-90 minutes of daily rigorous physical activity to maintain their current weight. While a mere 30 minutes of physical activity per day can provide health benefits, it is best to exercise longer to bring about longer lasting outcomes. Exercising can help build and maintain bones, muscles, and joints, enhance flexibility and posture, lower the risk of heart disease, and release endorphins that reduce feelings of depression and anxiety. However, many obese children do not have the incentive to exercise.  It may be because there are more appealing things out there, such as the internet, video games, or junk food, but exercise is absolutely essential for growing bodies. Endorphins released while exercising make a person happier, and thus healthier.

When it comes to facing childhood obesity, there is no instant cure. It is not a temporary societal phenomenon that will work itself out or die down on its own. On the contrary, childhood obesity will continue to be a problem that affects everyone in the future, and if not cured soon, might have drastic consequences. “More than ever, we as parents and a nation must do something about the growth of obesity in our children. We must do more than just talk, we must be concerned enough to act,” body builder Lee Haney has said. Childhood obesity is an epidemic that is sweeping the nation and impacting the lives of young children quicker than ever before. Together, we can help stop childhood obesity, one child at a time. 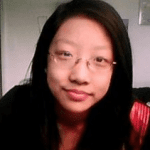