Abortion is Their Choice

As someone with the ability to carry a child, I believe that decision of what becomes of my body should be up to me. Being forced to take care of another being while still figuring out how to take care of yourself is something many people struggle with today. If this problem ever becomes my own, I hope this choice of how to handle my pregnancy will be mine, and not decided by people in government who aren’t carrying the fetus. Lawmakers should continue to allow abortions in all states because not everyone is financially, mentally, or emotionally stable enough to have a child. Or, as the US National Library of Medicine puts it, “Regardless of the cause of unintended pregnancy, its negative consequences can be prevented by…safe and legal abortion services, and a society that allows women to determine their own reproductive choices.”

One major reason I support abortion access is that some people are not financially stable enough to take care of themselves and a child. One of the top reasons people seek an abortion is that they are aware of their financial status and know they wouldn’t be able to support their child. According to Jerman, “In 2014, three-fourths of abortion patients were low income – 49% living at less than the federal poverty level…” This statistic conveys that almost half of the people seeking abortions weren’t financially well off. If they carried the pregnancy to term, the child might be forced to grow up faster by having to help provide for their parents and themself. If someone cannot financially provide for their child and themselves, it will cause more stress and struggle for them and their child.

Another reason that safe abortion should be accessible to all is that some people are not physically or mentally stable enough to raise a child. If someone is aware that their mental state will affect their ability to care for another being, they should be able to make the executive choice to do what they believe is best for themself and their child. As the magazine BMC Pregnancy and Childhood puts it, “an unintended pregnancy is a risk factor for poor maternal mental health including perinatal depression, stress, and lower levels of psychological well-being and life satisfaction. An unintended pregnancy [also] increases the risk of maternal depression and parenting stress.”This conveys how people can be negatively affected by the stress of unintended pregnancy. The stress of needing a support system you don’t have or not having financial stability can take a big hit on your mental health. And if a pregnant person is struggling to take care of themself, there’s no certainty that they’d be able to care for another human being and give their child the emotional, mental, and physical support it will need.

Some people would argue that making an adoption plan would be better for the child. They’d say, “You should give the child a new loving home, where they are appreciated and wanted.” From the argument’s perspective, having the child be adopted is better than having no child at all. According to American Adoptions, this is “perhaps one of the most common reasons for adoption instead of abortion. Unlike abortion, adoption gives your child the chance to grow up with a loving, supportive family and have all of the opportunities you want them to have.” You might say that giving a child a chance is fair, but when weighed against the possible consequences of a child being put into foster care as listed by Considering Adoption, you may come to a different conclusion: “For some people, the adoption effects on the child’s mental and emotional health can be negative. Possible psychological effects of adoption on the child may include:

While these negative effects of adoption on children can be short-lived, they will typically manifest and then dissipate sporadically throughout an adoptee’s life, often during milestones or times of emotional stress.”In summary, someone should have the choice of abortion as an alternative to carrying out their pregnancy. This is a choice made based on their financial situation and mental condition. If you are against abortion, just don’t have one. I am insisting that U.S. lawmakers prevent abortion restrictions and instead make strides towards removing existing restrictions by changing the current laws to be more reasonable for pregnant people’s situations. 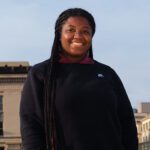