A Divided Island: Haiti and the Dominican Republic

The sugar cane fields of Los Cañaverales are acres upon acres of tall bamboo-like plants that create one of the sweetest tastes on earth.  As we whizz past them on a narrow highway their vibrant green leaves lazily wave at me, trying to reach up and touch the cloudless blue sky.  My family and I pass the sugar cane fields as we travel from Punta Cana to Santo Domingo, Dominican Republic because we had recently moved to Punta Cana for my father’s new job.

We make these excursions from Punta Cana to Santo Domingo, the capital of the Dominican Republic, two or three times a month to visit family, shop for food, or tighten my braces.  It was one of the happiest family bonding times we had as we rushed by all the greenery, singing, laughing, and playing memory games.  Every once in a while we’d see a dark blur hacking away with a machete at the sugar cane stalks.  I never once thought twice about these workers, all of them who are Haitian, as they worked endlessly under the hard sun everyday before they returned at night to their bateyes, which are little communities of one-room, wood houses covered by light, zinc roofs.

After living in Punta Cana for a few weeks, I asked my classmate why only Haitians were working out in the sugar cane fields, or doing construction in Santo Domingo.  They laughed at me and one of them made a snide joke about the Haitians working on the house next door that is under construction.  I was confused but said nothing.  These are not the kind people I associated with the typical warm and friendly Dominican culture, so I just ignored it and continued talking.  However, soon afterwards I heard a classmate say to another student, “You’re such a Haitian,” as a clear and direct insult.

In the evenings when I walked my dog I’d see the flickering fires at night where tall apartment towers were being built. It is at dusk when the Haitian construction workers are finally allowed to stop working.  As a large group, every man then walks to the mini-markets to buy a little food with their meager daily pay.  I occasionally say hello in French or Spanish but they just look at me funny and shuffle away.  After several attempts I stopped doing it.  They viewed me as a Dominican and alienated themselves from me.  Even Maxime, the Haitian man who watered the neighborhood lawns, always looked behind his shoulder when my family offered him a glass of cool water.  The last time I checked, offering a working man a glass of water was not a crime.  We continued to give Maxime refreshments until one day he just disappeared and we never saw him again.

My eyes were truly opened to the relationship between Dominicans and Haitians in History class when we learned about Rafael Trujillo, a Dominican dictator, who ordered the death of tens of thousands of Haitians that lived in the Dominican Republic.  This was mockingly remembered as El Massacre del Perejil, the parsley massacre, based on the fact that Haitians had trouble saying perejil.  In reality it was more of a genocide than a massacre, with an estimated 15,000 Haitians killed.  As a dictator, Trujillo did not treat many people well, especially those who were against his rule.  But the fact that the massacre is remembered as one of the best things Trujillo accomplished in my history class sheds light on the public and widespread divisions between these two groups of people who share one large and beautiful island.

The Haitian children that are born in the sugar cane fields exist without any legal papers. According to the 2010 Constitution of the Dominican Republic, Article 18, a Dominican is any person who is “born on national territory, with the exception of the children of aliens who are in transit or reside illegally on national territory.”  In other words, since most Haitians are smuggled illegally across the border, any children that are born after the 2010 Constitution was written are not Dominicans nor Haitians.  They have no identity and no official record of being born. Therefore they will never be able to travel back to Haiti unless they are smuggled back across the border. Haitian children living in the Dominican Republic get only the most basic elementary education and are technically not allowed to work in the fields until they are 18.  However, since they have no documents that state their age, they may be out in the sugar cane fields working at a much earlier age.

The documentary, The Price of Sugar, shows the industry’s labor practices as a form of slavery in the sugar cane fields. Haitians that live in Haiti are basically signing up for an indentured servitude in the Dominican Republic.  Stripped of any official documents, the Haitians are illegally smuggled across the border in the dead of night.  According to the documentary, Haitians are paid less than a dollar a day and do not have access to healthcare.  They receive most of their nutrients from gnawing on pieces of sugar cane.  Heaven forbid they get injured, as no Dominican doctor would ever venture into the sugar cane fields to help a Haitian.

The difference between Haitians and Dominicans is not that great when comparing both countries. Both nations have ripped up their constitutions to create new ones, or thirty-eight of them like the Dominican Republic has.  Governments in both countries are recognized as corrupt throughout the international community. The public education system of the Dominican Republic is subpar, however it is slightly better and more organized than that of Haiti’s.  In terms of resources, the  Dominicans are a lot luckier with fertile soil as opposed to Haiti, which suffers from massive deforestation and an erosion of its topsoil.  Before the 2010 earthquake, only 45% of the rural population in Haiti had pure drinking water.  Reports show that there is no way to access accurate information on this statistic more than a year later

In 2010, a devastating earthquake in Haiti took more than 100,000 lives and left many more homeless. However, there was one positive consequence.  An island long divided briefly joined hands to support each other through the crisis. Although I was not living there at the time, my family in the Dominican Republic and many of my old classmates helped support the Haitian survivors.  At my old school, a canned food drive was held as well as any clothes and money donations that people could give.  Relationships between Haitians and Dominicans improved for a while, as an island of two for a short time became one.

Towards the end of my stay, the sugar cane fields do not seem as vibrant. They didn’t wave at me but instead I felt like they were desperately trying to hide their secrets.  I sadly stared out into the fields thinking that there was not much I could do.  Dominican politicians are off embezzling public funds and besides, it’s not like they care for the Haitians’ rights.  However, I still tried to change some people’s mindsets about Haitians.  I urged my classmates to drop their racist jokes and reminded them that we inhabit the same island and need to start getting along. Most importantly, I went back to saying my greetings whenever I encountered a Haitian on the street.  After all, a little kindness can go a long way and we need to start somewhere. 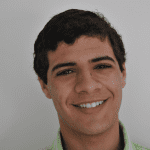