Would You be Safe if You Were in a Shooting at Your School?

According to CNN there has been a total of 288 school shootings in the U.S. since 2009. About 25-30 kids don’t survive each one, says the Washington Post. In the past few years I have seen many school shootings on TV and on the news. I am a sixth grade student at a middle school in D.C., where sometimes scary things happen and I don’t feel safe. I also went to March For Our Lives, where I saw and learned about the shootings. Also, I am a kid in a school who wants to get an education, and sometimes when I see school shootings I feel very nervous and scared. As you can see from my experiences, this situation is very important because many kids expect to grow up with an education, but instead, they get killed in school. This is a problem because kids being killed isn’t very good, and it can hurt the economy very much. These problems have inspired me to take action because I am a kid who is vulnerable to shootings, and I want to stand up and protect students like me. My point of view is that killing kids in school is awful and it doesn’t benefit anyone. School shootings kill many students every year. Therefore, schools should add metal detectors and more security.

If schools add safety features, there is less of a chance that school shooters can get in and start shooting. In CNN’s view, “I think we should have stricter security in schools… have every person go through security checks, even if the staff knows them.” This quote shows that “Katz” (a commenter on CNN) believes that schools should have better and more safety features that keep the school protected. This quote proves the claim because it tells about how schools should have stricter ways on their exits. The claim states that there are many ways to prevent shootings, and this is one way to be safe. CNN also says, “It might be a good idea to have armed people in schools just in case. We need to give the teachers defense so it will discourage the psychopaths from shooting there.” This quote shows how we should act when the shooter comes, and we should act with the teachers defending the students. It proves my claim because it tells a way to stop the shooters. Also, if the teachers have guns it could be sort of threatening to the shooters, saying, for example, do not come to the building to shoot. To sum up, school shooters won’t be able to get in and start shooting if more safety features are added. Therefore, schools should add more safety features.

Some people believe that we should have the right to bear arms even if someone wants to kill innocent people. They believe this because the Second Amendment talks about the right to bear arms. These people are wrong because killing innocent people is brutal, and guns are not for killing people – they are for defending the United States and for a well-regulated army. It seems like the shooters are using the guns for their own liking and they are not defending us, they are destroying us. The Second Amendment to the Constitution states, “A well-regulated militia, being necessary to the security of a free state.” This piece shows that the amendment was created so the militia could have guns and so they could use them to protect us. The amendment never mentioned the right of people to own guns to kill people. It mentioned for them to defend the United States or for them to bear arms – not use them in a killing spree.

Schools should add more safety features because students are killed every year in school shootings. The claim is true because when schools add safety features, the more protected the families will feel. Another reason the claim is true is shooters won’t come in the school, shooting because there are stricter safety features in the building. If this situation is not taken seriously then kids will die and families will lose members. The school systems might not be treated with respect or seriousness. Something should be done to solve this problem because you should show you care about students being killed in school. Government officials and school systems should take action and fix this terrible problem that is happening in the United States by putting in metal detectors and more security. 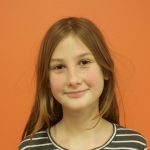