What is a Global Superpower?

My parents fled the war turmoil in Eritrea, to seek a better life for our family. As a child I heard of the world’s superpowers and wondered what they must be like. At this early age I could not imagine what made other places so great. Later on as a student I learned about the global superpowers and was amazed when it was time to move to one – the United States of America. My parents taught me to take advantage of the great wealth of in our new country.

Growing up, I learned that a global superpower was a nation with a strong education system, economy, technological advances, and military. To my parents, the U.S. was an ideal environment to raise a child. The United States is a nation admired for the generations of opportunity it has provided. However, I think this greatness is under the threat from nations like China, Japan and Singapore, whose economy, education systems and focus on innovation are quickly catching up or surpassing that of the United States. United States can maintain its position as a global super power by confronting challenges in its education system to meet new needs in society, and to reemphasize innovation and the ideal of entrepreneurialism.

Over the past 50 years, the United States, France, United Kingdom and the Soviet Union, and Russia, have been recognized as global superpowers. The term global superpower, according to websites like the World Bank or IMF, are also financially stable enough to assist nations that need extensive humanitarian aid. In addition, a global superpower is a nation that’s part of the world’s trillion-dollar club, an organization consisting of the world’s top grossing nations. These top-grossing nations are always the strongest economically, technologically, and educationally.

Although international competition for global dominance has been stiff, the United States has managed to maintain its role as a global superpower because we are the world’s most technologically-advanced country. The United States attracts students from around the world with the best universities and top doctors and sick patients with advanced hospitals. Militarily, the U.S. has managed to use its superiorly equipped military to confront threats to people’s freedoms abroad. More importantly, the United States’ ideals of ‘determining one’s own destiny’ has attracted generations of immigrants, thus creating a melting-pot of diverse ethnic traditions and great talent from around the world.

Other existing or emerging global super powers include Japan, China, Russia, Brazil, Germany India and Singapore. As the planet’s most populated nation with the largest military and workforce, China is a clear global superpower. Despite great levels of poverty, China has emerged as an economic super power because it manufactures so many of the products consumed in other parts of the world, and especially the United States. Japan has managed to sustain its role as a global superpower by being the second most technologically-advanced nation in the world. Companies like Nissan, Toyota and Sony drive this economy which creates products the global market craves, supplemented with the man power of its workforce, 9th largest in the world at 65 million.

India is another global superpower by several accounts. India has a very hefty workforce at 487.3 million, the second largest in the world. India’s extensive workforce and the currency difference between the United States and India has made it cheaper for U.S. companies like IBM and Microsoft to move lots of their operations from the United States to India, where it’s cheaper to pay workers. Hence, India has an extensive global market share for exporting products made by their workforce. Moreover, India has various companies that list among the Forbes 2000, which are the highest-grossing companies in the world. For example, Reliance Industries, which grossed $29 billion last year, ranks 126th in the world in revenue according to the Forbes 2000 of 2010.

Brazil, has also managed to become a global superpower because of its ability to establish an economy which outweighs all other South American nations. Brazil’s strong growth and high interest rates has made Brazil an attractive destination for foreign investment, which helped contribute to Brazil’s expansive workforce of 103.6 million, the 6th largest in the world. Brazil’s self-sufficiency in the oil sector due to the success of the government-owned company, Petrobras, has attracted interest by global superpowers like the United States, which seeks to strengthen their energy alliance. Brazil has also attracted trade agreements and investments with several highly-advanced nations like the Netherlands, China, and the United States, escalating Brazil’s global market share.

A country that some experts report is losing its global superpower status is Russia. Following the Soviet Union’s collapse in 1991 and the fall of communism, Russia’s economic system, its sphere of influence over the nations that used to make up the Union (like Kazakhstan, Ukraine, etc) seceded as they became independent. Hence, Russia had to reform its economic and political system from the bottom up and, in the process, lost this prominent status.
On an opposite track, Singapore has shined as a rising nation internationally because of its attracting major investments in pharmaceuticals and medical technology. It also has the third highest GDP-real growth rate in the world at 14.7 percent. Singapore’s public and private sector attempts at fully-modernizing its nation leads it on the path of becoming the high-tech hub of Southeastern Asia and a rising global superpower.

Earlier I identified three areas the United States needs to invest in and improve to maintain our status in the generations ahead. First, we need to improve our schools to reaffirm and sustain our global-leadership role. This must start in our urban schools, where 2,000 out of 15,000 high schools account for half of the nation’s high-school dropouts. Second, innovation and entrepreneurialism play a critical role in sustaining our role as a global superpower. One aspect of American greatness comes from implementing the ideas of visionaries who sought to interconnect our world, like Mark Zuckerberg, who created facebook and Bill Gates who started Microsoft in his garage in the early 70’s. If the United States continues to invest in a modern education system, new ideas will flourish and the United States will continue as a global superpower. 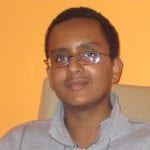