Equal pay for men and women is extremely important. Why would anybody want to be paid less because of his or her gender? I wouldn’t want to receive less money because I am a female, especially if I have all the qualifications as my male co-worker and work the same exact hours as him. I want to be a dermatologist when I get older, so I will have to go to school for more than eight years. According to an article in Careerealism, a male dermatologist gets paid more than a female dermatologist. It says, “Gender plays a role in salary. A new female dermatologist may find that their male counterparts earn more than they do. A male dermatologist may earn a median pay of $300,000, while female dermatologist receives median pay of $262,500” (Sampilo). I know that once I am older I’m going to have a family and I’m going to need the appropriate amount of money from my job to take care of my family. Getting paid less, I might have to work overtime or get another job just to make the minimum, especially living in one of the most expensive cities in United States, Washington, DC. I want my children to go to decent schools too; also the cost of college and healthcare is extremely expensive. My mom tells me how much just health insurance takes out of her check every month and thinking about how in a few years it will take that out of mine is scary. It is because the amount that insurance may cost, plus bills, food, and clothes, seems very expensive, and not receiving all the money I’m supposed to for my job can have a negative effect on my family. Furthermore, the cost of living is rising, so every cent matters. I don’t want this happening in my family or to anybody else. Some women are either the only one working in their household, because they are the only parent or their husband is unemployed. Receiving 20 cents less per dollar can really hurt one’s family. Therefore, the government should establish laws that require companies to report salaries of both men and women, and make sure that all companies pay women the same wages as men. This topic is exceedingly significant, not only to me but to women across the country.

Does anyone want his or her mom, aunt, sister or anybody they love to be discriminated against because of their gender? Should anyone be discriminated against in the work place because of his or her gender? If I ask myself these questions, the answer is “no”. Being a young lady in the United States, one would think that gender inequality wouldn’t be a problem; however, it is. Gender inequality is an important issue that needs to be solved because, even when women have the same qualifications, work the same hours, and produce excellent results, they are paid less than men. Men and women should be paid equally for equal work because women also support families, it hurts men, and the law required equity for all.

Lower earnings make it harder for women to take care of their families. Researchers found that women are making 81 cents to a dollar compared to men. This is almost 20 cents less, which can really hurt a family, especially if the family has a single parent or the woman is the only one working. According to an article in Center for American Progress, “Paying women and men equally reduces levels of poverty for single mothers by over 50%” (Bryce, Covert, and Petrohilos). The cost of living is rising and that means that food, clothes, shoes, etc. are more expensive. If women are getting paid less, it makes it harder for them to provide for their families. When families can’t provide for themselves, they look toward government assistance. This means the poverty rate increases; but, if employers pay women equally, then poverty rate will decrease. Center for American Progress also stated that paying women equally, “increases the ability of women from all economic backgrounds to provide basic support to their families including food, education and child care” (Covert). This is important, because not only is gender a factor, but race is too.

This graph shows how much each race is getting, compared to a white man. The pay gap is worse for women of color. For example, for every dollar a white man makes, white women make 78 cents, while African American women only make 64 cents to that same dollar. If every female, from all economic backgrounds, is paid fairly, the poverty rate will decrease in families and children will have a better education and home life, and much more. Another report found that, if women were paid fairly, single women’s income would rise by 17% (Institute for Women’s Policy Research Center). Due to the fact that women and women of color are getting paid less, they are more likely face obstacles in supporting and raising a family. As a result, women should get paid the same amount of money as men.

In addition, lower wages for women hurts men too. This is illustrated in an article by American Progress, which states that paying women less can have a negative impact on men, because men spend numerous hours trying to make up for the money lost in women’s wages. The article states, “Men in the United States work the longest hours in the industrialized world. They also have the smallest amount of leisure time… By spending more time making up for their wives’ lower wages, men are spending countless hours away from their families” (Covert). This leads to men working more, never being with their families, and causing stress and problems in a household. If men and women were paid an equal amount of money for working the same hours, then this wouldn’t be an issue. Time wouldn’t be an issue anymore because women would be paid fairly and earn enough money so their husband wouldn’t need to work more hours. The “Pay Equality Overview” states that, “In 2012, the median annual earnings for female workers who worked full-time, year round was 76.5% of male workers with a similar level of labor force attachment ($49,398 v. $37,791)” (Equal Pay Act). In a household, men would have to work more hours to fill in that $12,000 pay gap, which could cause problems in the family , including less time to spend with kids and loved ones, as well as additional stresses on the man.

Women have been fighting for equality since the women’s suffrage movement in the 1800’s, and it is still happening now despite the passage of legislation to fight against this inequality. According to Infoplease, in 2009 Obama signed the Lily Ledbetter Fairpay Restoration Act, which “allows victims of pay discrimination to file a complaint with the government against their employer within 180 days of their last paycheck” (Imbornoni). However, the irony of this act is that there is already an act that says women and men need to be paid equally for equal work that was enacted over fifty years ago. The Pay Equality Overview said the Equal Pay Act (EPA), “mandated equal pay for equal work,” in 1963, and it was brought up again in 1964. So in 2009, why would another act have to be created, when this should’ve already been enforced? In addition to the 2009 Lily Ledbetter Fair Pay Act, in 2013 the Paycheck Fairness Act was introduced. According to Forbes Magazine, this act would strengthen the 50-year old EPA. Yet, experts have found that this new act only has a 5% chance of getting past the committee and a 1% chance of being enacted. The government says women have equal pay for equal work, but won’t enforce any of these acts. Paying women equal to men is not only the right thing to do, but also the legal thing to do, and people who don’t are breaking the law.

Others might say women aren’t capable of holding the responsibility that jobs require and that is why men should be paid more. This argument is presented when a blogger, Angry Harry states, “Women’s values tend to revolve around more personal issues like family and women will also choose to have babies. This means they would look after them and take up a lot of time.” However, the EPA forbids pregnancy discrimination in the work place. Pregnancy discrimination is examined when Angry Harry discusses that women should get paid less because of having children or planning to have children. The EPA clearly states that this is against the law as it “Forbids discrimination based on pregnancy when it comes to any aspect of employment, including hiring, firing, pay, etc.” Also, paying women less because they are planning to have a family is absurd when in fact it costs more to have a baby; hence women need at least the equal amount. According to a report from the U.S. Department of Agriculture, “From day care to the monthly grocery bill, the cost of raising a child is climbing at a rate that many families can’t keep up with. It will cost an estimated $241,080 for a middle-income couple to raise a child born last year for 18 years” (Sampilo). The cost of raising a child is so expensive and families need all the money they could get.

When employers don’t pay women fairly, it causes problems at home and increases the rate of poverty; therefore, policy makers and lawmakers should enforce equal pay for all companies to ensure that every woman is paid equally to men. By establishing laws that require businesses to report their male and female employee’s pay to the government, the government can make sure women are paid the same rate, and the government can punish businesses that do not follow the law. It has been shown that paying women fairly compared to men is a problem. If women don’t stand up together and demand more enforcement of these acts, then nothing is going to change and women will never have full equality. 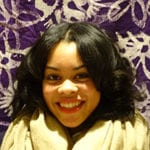