You have a minute to get five or six kills straight without getting killed. Your primary weapon is low on ammo1 and your secondary weapon is a ballistic knife only useful for confronting your opponent at close range.

It sounds like a Clint Eastwood thriller. Actually, it is just a close game of Deathmatch on Call of Duty: Black Ops II.2 The culture surrounding videogames has been evolving since the 1970s. Since Magnavox released Odyssey3 in 1972, gamers have advanced from playing simple, 2-D Pong on their “Big Back” TVs to playing a 10-20 minute online match with a wireless controller and a headset with which they can talk to players all over the world.

As a gamer, I believe that gaming is more fun and convenient in the 2010s compared to what I understand about the 1970s. Not only do gamers today have countless ways to spend several hours having fun and blowing off some steam, video games also have a lot of potential to teach useful skills and affect people positively.

In July 2012, health researchers at Deakin University in Australia performed a study which found that toddlers who play interactive games have better motor skills. Lisa Barnett claims, “It could be that these children have higher object control skills because they are playing interactive games that may help to develop these types of skills (for example, the under hand roll through playing the bowling game on the Wii. Playing interactive electronic games may also help hand-eye coordination.”4

Also, a 2007 published study compared laparoscopic surgeons who play video games with those who do not. In fact, in laparoscopic surgery, surgeons make small incisions and utilize tiny video cameras and thin surgical tools. When taking into differential accounts of age, years of medical training, and number of performed laparoscopic surgeries, the study founds surgeons who are gamers are 27 percent faster and make 37 percent fewer errors than those who are not. “The single best predictor of their skills is how much they played video games in the past and how much they played now. Those were better predictors of surgical skills than years of training and numbers of surgeries performed,” said Iowa State University psychologist Douglas Gentile.5 If you ever have to undergo an operation, you may want to ask your surgeon, “Are you a gamer?” His or her answer is important.

Researchers wonder if gaming has other positive medical effects. Interestingly, Keele University released a study that shows playing violent games can give a person a better tolerance for pain. Forty volunteers were studied while playing violent games in the first-person shooter genre. After ten minutes of shooting virtual enemies, participants were able to tolerate icy cold water 65 percent longer than when they were playing a non-violent game.6 In short, gaming can give one early skills of a highly specialized surgeon and help raise one’s pain tolerance level. Given these facts, how can anyone say that video games are entirely bad?

Though there are advantages that come with spending time with the controller in hand, there’s a dark side, too, but it’s not violent games that cause problems. If one is emotional or aggressive, one will suffer as a gamer because games require strategic thinking to some degree. “The suggested link between games and aggression is based on the notion of transfer which means that knowledge gained in certain situation can be used in an entirely different context,” says Jonas Ivarsson, Docent (reader) at the Department of Education, Communication and Learning at University of Gothenburg.7

Furthermore, aggression can also be increased or triggered by competition. A study by Brock University graduate student Paul Adachi shows how a person’s pulse can start jumping based on one’s competition in-game. After conducting two experiments involving violent game Conan8 and non-violent Fuel,9 Adachi’s drawn conclusion is violence alone is not enough to make the player aggressive.

In the second experiment, 60 participants played one of four games. Fuel and the violent fighting game Mortal Combat versus DC Universe are competitive while Left 4 Dead 2 and the non-violent puzzle game Marble Game Ultra are not. Adachi found that players who played the highly competitive games behaved more aggressively than those who played the two less competitive games. He argues, “Irrespective of the violent content, the most competitive games produced the most aggressive behavior. That suggests that competition had a greater influence on aggression than violence.”10   He further explains his research, stating, “It might surprise people to hear that when people are riled up and throwing the controller, it’s probably from the competition, not the violence.”

In conclusion, gaming has its advantages and quirks. Although it is targeted as a lazy and sometimes violent activity, I believe that instead it is important and has potential. It an activity that makes the United States $8 billion annually in revenue, serves as a hobby for thousands of kids and adults, and hones kids’ skills that can open doors to amazing occupations in the future.

1 Ammo is a short term for ammunition

2 Call of Duty: Black Ops II is a well-known first person shooter video game in which the player (gamer) engages in combat in the first person.

8 Conan stands for the name of a video game.

9 Fuel stands for the name of a racing game.

10 See Paul J. C. Adachi and Teena Willoughby, “The Effect of Video Game Competition and Violence on Aggressive Behavior: Which Characteristics Has the Greatest Influence?” 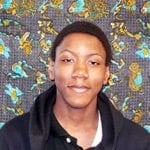