The Struggle to Keep Abortion Legal

Duke Ellington School of the Arts

With a change in presidency, abortion access rights are being threatened. Republicans tend to support pro-life, and, therefore, want to reinstate anti-abortion laws. With a Republican majority in both the House and the Senate to support Republican President Donald Trump, Roe V. Wade, a landmark court case that recognized, legislated, and protected pro-choice laws, is now at risk of being overturned. As a pro-choice and women’s rights activist, this issue is very significant to me; I believe that every woman should have the right to choose what they want and don’t want to do with their body. Pro-choice laws, therefore, should not be changed because abortion is safe, cannot be considered murder, and spares children and unprepared parents from poor quality lives.

Contrary to popular belief, abortion can be considered quite safe. If performed legally by a trained medical professional from an accredited institution, abortion is a minor, minimally invasive, brief procedure that has consistently had a low mortality rate. Elizabeth Deans, a family planning fellow at Emory University School of Medicine, wrote an article describing the safety of abortion, stating that there was, “…an overall abortion mortality rate of 0.7 deaths per 100,000 legally induced abortions. This rate is much lower than the mortality rate for pregnancies that end in live birth: 8.8 deaths per 100,000 live births” (Deans 1). The mortality rate of abortions is exponentially lower than that of the mortality rate for live births. Therefore, forcing women to choose childbirth rather than to terminate a pregnancy can be far more dangerous. The article also describes how abortions that are performed earlier are safer. Deans also states that, “Abortion mortality was lowest at 0.3 deaths per 100,000 performed at and before 18 weeks, and the highest at 6.7 deaths per 100,000 procedures performed at and beyond 18 weeks of gestation” (Deans 1). Abortion restrictions and regulations are forcing women to wait longer and travel farther to obtain an abortion. As data trends reveal, abortions at later gestational stages have elevated risks. Abortion regulations and reductions would, therefore, be far more detrimental to society because they could end up subsequently increasing the mortality rates of women.

The most controversial argument about abortion is the debate about when life really begins. Judith Jarvis Thomson wrote A Defense of Abortion, which explains that most opposition to abortion relies on the premise that the fetus is a human being (a person) from the moment of conception (Thomson 69). Various pro-life people believe that since a fetus is alive from the moment of conception, terminating a fetus is considered murder, and should, therefore, be illegal. It is impossible, however, to identify a certain point in a pregnancy in which the fetus is considered alive. Thomson expresses that, “it is said to draw a line; to choose a point in this development and say, ‘before this point the thing is not a person, after this point it is a person’ is to make an arbitrary choice, a choice for which in the nature of things no good reason can be given” (Thomson 69). Deciding when life begins is a controversial argument, but it is an arbitrary and subjective choice derived through reason, logic, and personal morals. Abortion cannot, therefore, conclusively be called murder. People who are pro-life should not rely on these arguments so heavily and uncritically.

The quality of life for all children is important, which is why every child should be a wanted child. One of the reasons why women choose abortion is because they may be unprepared to raise children. Stephen D. Schwarz wrote the book, Understanding Abortion: From Mixed Feelings to Rational Thought, describing the significance of abortion and its advantageous outcomes. Schwarz says that abortion is morally justified in cases where the child will not be wanted. Unwanted children often suffer neglect and feel unloved, and it would be better to spare them that pain through abortion and not bring them into a potentially painful life. (Schwarz 19). A child could be subjected to neglect and possible abuse if a parent is not ready to raise the child properly. The excerpt also states that a woman should not continue her pregnancy if she is not ready to receive and care for her child. Furthermore, because birth is excruciating and can be dangerous for women, it should not be forced upon them (Schwarz 20). If a parent who is not physically, emotionally, and financially prepared to raise a child is forced to do so, both the child and the parent will suffer.

A common counter-argument against abortion, as stated above, is that many believe abortion is morally repugnant because it is believed to be the killing of an unborn baby. Contraception and Abortion, an essay written by Leslie Allan, expresses that conservatives urge that conceptus (a general term describing the zygote, embryo, and fetus) has the same moral status as other human beings. Liberals, however, make the strong rebuttal that conceptus is not a human being, and, therefore, has correspondingly no moral status (Allan 2). Ultimately, both perspectives are opposites which cannot reach a compromise. Conservatives and liberals are at an impasse because there is no concrete way to provide a clear answer to the philosophical question of when life begins. This counter-argument is invalid because it is subjective, therefore contributing to the idea that abortion should be kept legal.

Even though many people have reservations about abortion, it provides many benefits to society that outweigh the disadvantages. It should become a legislative priority to serve and protect pro-choice laws. The current pro-choice laws should not be revoked because abortion laws are safe, not murder, and save unwanted children and unprepared parents from grim life prospects. In the future, hopefully, more people will realize the significance of having a right to an abortion and take action to stand behind this cause. 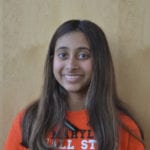 Duke Ellington School of the Arts