Did you know that there have been at least 1,216 mass shootings in America since the Sandy Hook Elementary School Shooting and firearm deaths in America totaled more than 32,000 in 2013 (Lopez)? In America, there are approximately two hundred seventy million firearms possessed by civilians but only 897,000 are carried by police (Karp, Aaron 2011). It is very important to raise the issue of gun control because there have been an enormous amount of violent acts and massacres caused by guns. Thirty-thousand people should not be killed every year due to the open use of guns. The shooting at the movie theater in Aurora, Colorado is very touching because going to the movies is a place where one should enjoy themselves. It’s unimaginable and absurd that innocent lives were taken based on one person’s mental illness. Gun deaths could be easily preventable with a few stricter regulations. Gun laws should be revised to make sure there is a mechanism in place requiring states to provide records relevant to selling guns and predicting gun violence. States should also adopt stronger laws to prevent children from accessing guns and should also rely on an honor system to disarm felons.

In the majority of states, there is no system in which the law enforcement can retrieve firearms previously owned by felons. Felons are expected to hand over guns themselves. Only California has made an effort to use the government and take away guns themselves. According to the Washington Post, in most states, you cannot have guns if you’re a felon. Many states also prohibit gun ownership by domestic violence offenders or drug abusers. You’re supposed to get rid of your guns if you fall into any of these categories. According to the Gun Control Act of 1968, if the police later catch a felon with a gun, they can charge him or her with illegal possession. The gun control mechanism is very weak in repossessing guns that felons previously owned. Guns continue to fall into the wrong hands which creates more violent acts. We need new rules and regulations that allow guns to be taken away from felons and prevent the senseless killings of thirty thousand people per year.

Several mass shootings could have been prevented if millions of records in the federal background check system were provided by state and local agencies to private gun sellers. According to The Law Center to Prevent Gun Violence, “Private sellers are not required to conduct background checks. As a result, convicted felons and other ineligible people are able to easily buy guns in most states nationwide”. States aren’t required to give information on ineligible people that possess firearms to the federal agencies that perform background checks. As a result, the Virginia Tech shooter, who murdered 32 people, was able to obtain a firearm despite having a history of mental illness. As long as a gun seller does not receive accurate information on a felon’s history, mass shootings and gun violence could continue to become a recurring phenomenon.

States need to create stronger laws to prevent children from accessing unsecured guns at home by authorizing criminal charges if a gun owner negligently stores his or her gun. According to Everytown for Gun Safety, at least 100 children were killed in unintentional shootings from December 2012 to December 2013. Seventy percent of these cases could have been prevented if the firearm had been stored, locked and unloaded. Many children were killed due to improper storage and the easy accessibility of guns. More than half of these senseless calamities could have been prevented if the states adopted laws that would result in criminal charges against the negligent and unconcerned parents.

The Second Amendment guarantees every American the inalienable right to own any weapon or bear arms. A large majority of citizens believe they should have the right to own weapons to protect themselves and for recreational activities such as hunting. The Second Amendment in the U.S. Constitution states “A well-regulated militia, being necessary to the security of a free state, the right of the people to keep and bear arms, shall not be infringed.” Citizens believe they should have the fundamental right to own and bear arms for the purposes of self-defense against violence and tyranny. But this is not the case, former Chief Justice Warren Burger of the United States declared “The real purpose of the Second Amendment was to ensure that state armies – the militia – would be maintained for the defense of the state. The very language of the Second Amendment refutes any argument that it was intended to guarantee every citizen an unfettered right to any kind of weapon he or she desires” (Burger). Although many people have different interpretations of the Second Amendment and gun ownership, we should still maintain a judicious use of guns.

Although we have many gun control laws, tight restrictions still aren’t being made. Every year about 100,000 people are victims of gun violence and many lives are drastically changed due to gun violence. If we have stronger restrictions that enforce gun laws, we would see a significant reduction in the number of deaths related to gun violence. 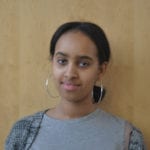