The Message Behind the Music

“Now, what you hear is not a test. I’m rappin’ to the beat, and me, the groove, and my friends are gonna try to move your feet.”

According to rapper Jay-Z, rap has changed America immensely to improve race relations and has done more than any leader or politician. In fact, the influence that rap music has on my life has been more powerful than anything else. For example, rapper Diddy created a slogan, “Barack the Vote”, in 2008 to encourage young adults to vote for Barack Obama. Although I was not old enough, I wanted to vote for Obama. This slogan played a major role in the voting process because people were coming to the polls with Diddy’s cliché on their shirts, hats, and even their bumper stickers.

Not only does rap influence my life, it also influences the way I dress.  If a rapper wears clothes by a certain designer or a particular brand, then I am more likely to want to wear the same thing. Moreover, rap impacts the way I speak. Rappers have a distinct “slang” that youth everywhere can identify with. Rap is unique because it speaks to me in a way that nothing else does. The metaphors, lyrical intelligence, and double entendres used in rap songs impact me in a way that nothing else can. If I hear the same thing twice, once from a rap song and again from another source, the rap song would have a greater influence because it came from a source that I admire and respect. Rappers are creative, and I want to listen to their message because they are talented and portray themselves with confidence. I listen to rap music that has positive messages, and I attempt to avoid rap with explicit and inappropriate lyrics.

Unfortunately, I think rap music with positive messages is often overlooked by the majority of society. Many artists bring awareness to social and global issues through their lyrics. For instance, in an effort to help African victims of famine, diseases, and other various adversities, Michael Jackson collaborated with Lionel Richie and Quincy Jones to assemble a group of musical icons and recorded “We are the World” in January of 1985. Not only did “We are the World” raise $60 million to help victims of famine in Africa, it appealed to our greater sense of who we are as people. “There’s a choice we’re making, we’re changing our own lives, by helping someone else with a greater need.” When musical icons come together to help everyday people, the results can be amazing.

Like Michael Jackson, Lil Wayne used rap to speak to the world about the tragedies that occurred in his hometown of New Orleans during Hurricane Katrina. In fact, his songs Georgia Bush and Tie My Hands gave me and fans around the world a firsthand look at how the people of New Orleans felt about living conditions after the hurricane. When rappers address problems around the world, they encourage my desire to help. The songs by Lil Wayne truly impacted me, and I felt that I had to participate in supporting others in need. When Hurricane Katrina hit, I felt I was too young to assist. However, when the 7.0 magnitude earthquake hit Haiti last year, I knew it was my time to make a difference. I assisted in bake sales and ;collected donations to aid people that the earthquake affected. I believe if it was not for artists like Lil Wayne who expressed their feelings, I would have felt less obliged to volunteer. Furthermore, after the devastation caused by the Haitian earthquake, rappers like Lil Wayne and Kanye West collaborated with artists from various genres like Beyonce Knowles and Celine Dion to record We Are the World 25 for Haiti. They were able to raise approximately 8 million dollars for Haitians affected by the tragedy. Rappers who go the extra mile to help someone in need inspire me to want to do the same.

I admit that some rap songs do not send positive messages to youth, however a lot of them do. Most negative rap music revolves around three topics: sex, money, and drugs. On one hand, rappers can influence people to do well and can set positive examples. On the other hand, they can do just the opposite. According to Science Daily, the drug references in rap songs have increased sixfold between 1979, when Rapper’s Delight was released, and 2008. In some of his songs, such as I Feel Like Dying and Kush, Lil Wayne, who spoke so passionately about Hurricane Katrina, raps about drugs and how he feels while using them. Many people may not realize that listening to songs with these messages could influence them to want to do the same things, whether it includes drug use or having sex. Rappers have such a stronghold on teens that their music can manipulate us to do something admirable one day and something awful the next.

Depending on the songs I listen to and the choices I make, the effect of rap music can be negative or positive. Overall, rap has a reputation for having a negative influence on the lives of teens. People that have made this assumption do not recognize songs like Moment 4 Life by Nicki Minaj, or The Autograph by J. Cole; these are songs where artists channel their influence to lift people’s spirits, to tell them that anything is possible, and to show them that one’s past does not determine one’s future. Consequently, when I ask the question, “Is rap music positive or negative?”, my answer may vary based on what I listen to. Many rappers get a bad rap, and some deserve it, but some are extremely positive. Therefore, I have to make my decision carefully. There is an old adage, “You are what you eat,” meaning whatever you consume will have a direct impact on your life. So listen wisely… 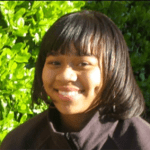