The Courage of Military Families

BOOM!!! went the gun that almost killed my dad in Afghanistan. People may not realize how many military people risk their lives every day. Military people go into war to protect you and your family. They know they might get shot, lose their limbs, die or have mental issues as a result of war. My dad went to Afghanistan to protect our way of life as we know it. Read more about my Military dad, and how much damage war can cause not only on the ground, but to military families.

The US military went into Afghanistan looking for terrorist leader Osama Bin Laden. They did not stop until they found him. It took years, but they did not give up. My dad was a part of the war in Afghanistan setting up the soldier bases. He could have been killed at any time by mortars, gunfire, or roadside bombs. As part of his duties, he also went out on patrols.

At times, he had some fun, when he wasn’t fighting or sleeping. Sometimes he would play football with the little Afghan children. He also went to the local market to buy my family their Christmas gifts. One story he told was that the snoring from the other soldiers got annoying, as did all the mortar attacks. He couldn’t sleep one night because of all the snoring and took the key to a storage area and went inside to get some rest. When he was sleeping, there was a mortar attack and when the soldiers took a count, one guy was missing. It was my dad. After a while they figured out the storage area key was gone and finally put the pieces together and went to the storage area and woke him up.

As Americans, we may not realize how lucky we are. The war is happening far away from the U.S. in Afghanistan. We do not wake up to bombs exploding every morning. We are not expected to join the military when we are 11 or 12 years old like children in other countries. We have amazing luxuries like technology. For example, I am writing this essay on a computer. Sometimes I feel that we couldn’t last one day without our iPads, iPods, iPhones, computers, and television. Technology like this is not as widespread in many other developing countries. In Afghanistan there’s not a lot of automobile traffic because not many people own cars! The Afghanistan war has taken a toll on families there as well. The people of Afghanistan have been fighting for over 11 years. Their population has decreased because of this war. Many of the boys and men are off fighting and the women have to do both the women’s job and the men’s job. The men are dying in war and the women and girls are half dead from exhaustion.

Besides the physical dangers of war, having an extremely stressful and scary job as a soldier often causes mental scars, too. An example of this I saw on an episode of Extreme Home Makeovers where they are building a house for a soldier that was in a tank explosion. He was able to get out of the tank, but it came with a price. Now when he hears loud sounds he gets scared and upset. For getting wounded in war for his country he received a Purple Heart. It is a really high military honor that congress awards, but a Purple Heart usually comes with a price. He was seriously injured and it affected his mental health and happiness.

Another huge part of the military is the family. If a mom or dad goes to war, what and who do you think they are thinking of? Soldiers are thinking of their family and how they are protecting them and missing them. I bet it is difficult to concentrate on their job when a soldier is away from their family. People may not realize that military families give up a lot too. Military families are special, and I am saying this from my experience. I did not get to see my dad for half a year. Every day I wondered if my dad was alive or if he was dead. During his time in the war, my dad was also treated for skin cancer, so it was even more difficult for me to say to myself that he was okay. It was nice to sometimes talk to my dad or email him to find out how he was doing.

So if a person joins the military to protect their country I think they are important. They go out to war to protect all Americans and some people forget about them. They are willing to risk mental issues or lose part of their body for others. When you think of soldiers you might think of them as being mean and strict, but they are often really kind. They sacrifice their lives for you and their country. And remember, the military is not just made up of men, plenty of women are in the military, too. In the civil war, women used to dress up as men to go into the war, or help heal the wounded. So the next time you see a military soldier say ‘thank you!’ People have many different kinds of heroes, but… MY HERO IS MY DAD!!! 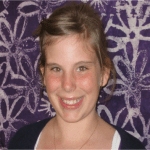