Does anyone think depression just comes when one is young and goes away on its own? What would one do if one had depression, but did not know about it? Who would one tell? How would one ask? The topic of teen depression, and teens that suffer from depression and do not realize what is happening to them, is important to me because I know from experience that it is not easy to turn away from, especially if one does not know what is going on with their psychological imbalance. Although teen depression affects more females than males, new measures should be implemented in such a way to inform all teens about depression and why it is affecting them. In fact, it is common knowledge that our generation represents the future. We should be working together to organize support groups for teens who may be going through difficult times and/or suffering from depression and inform them that nobody’s perfect.

Teens require guidance in their life, particularly those who experience depression. Obamacare, also known as the Patient Protection and Affordable Care Act (PPACA), was enacted by Congress in order to provide healthcare accessibility to more Americans and reduce the growth in health care spending in the U.S., which gave access to free preventive services for disorders such as depression. Without health care, many people do not have access to preventive programs to deal with teen depression. Most teens that suffer from depression usually stress themselves by trying to be perfect when no one really is perfect. After studying patterns in behavior and emotions, the American Psychological Association “has identified a syndrome of complaints that include both anxiety and depression and is based on symptoms [in which the patient] feels the need to be perfect…believes others are out to get him or her…is self-conscious, suspicious, or sad” (qtd, in Petersen 156). This illustrates what goes on in the adolescence mind, which gives us more of a reason to go on and figure out ways so these teens would not have to feel at the mercy of indifference.

Another reason I believe that there should be support groups that go to schools and educate the teens about the symptoms of depression and how to get through it, similar to support groups for AIDS, STDs, and bullying, etc., is that if the teen does have depression, he or she could possibly have a conversation with their doctor and get more information on it. V. Robin Weersing and David A. Brent say, “Depression interferes with a youth’s ability to form and maintain close relationships with family, friends, and early romantic partners, impairs school performance, and increases the risk of suicide attempt and completion” (939). This means that depression puts people under pressure in which they may harm themselves or others unintentionally. Curiously, teen depression represents a “social malaise” that needs attention in order to address it locally and globally. Leadership should work together and implement measures to tackle this on-going epidemic. Because of teens that do not receive support, many endure the depression unnoticed.

I also believe that the longer we wait to speak up and get help for the ones in need, the more things are going to get worse. Depression will affect our teens later on in life if we do not nip it in the bud. In addition, Weersing and Brent state, “depression in youth predicts various adverse functional outcomes in adulthood, including lower educational attainment, poor work history, substance abuse and recurrent episodes of mood disorder” (939). Therefore, depression really can change a person in many terrible ways. For example, the teen might grow up to be addicted to alcohol and drugs and have mood swings, which prevent them from acquiring their education. Most of time, the teens end up dropping from school, which is, of course, harming them in the long run as they could not secure a lucrative job. These outcomes can ruin a person forever.

However, many people believe that most of the things that happen to kids when they are young would more than likely fade away once they got older. According to the American Psychological Association, “[The] difficulties during adolescence were not considered as an important developmental variation, and adolescent problems were often not treated because of the belief that the adolescent would grow out of them” (qtd. in Petersen 155). Regardless, this is ambiguous as depression is not something that is going to go away on its own. Radloff “found dramatic increases in depressed moods between the ages of 13 and 15 years, a peak at approximately 17-18 years, and a subsequent decline to adult levels” (qtd. in Petersen 157). This claim shows the increase of depression through different ages and that 17-18 year olds are affected more by depression than adults and younger teenagers between 13-15 years old.

According to Dr. Charles Nemeroff, anyone suffering from depression living in Copenhagen, Stockholm, or Amsterdam usually go to see their family physician and are sent to a psychiatric hospital where they stay for a couple of days. The people who have severe depression often get stabilized. In fact, according to The Huffington Post, “Researchers found that people living in wealthier nations are more likely to have experienced a depressive episode than those in low and middle-income countries.” This shows that people who live in Western, industrialized nations are more than likely to come across depression before someone who lives in a developing country. In Africa, there is a group called the South African Depression and Anxiety Group (SADAG), which hosts their first live chat 16 January 2015. During this chat, people would be able to ask the mental health doctor questions about depression, such as side effects, medicines, how to deal with anyone recently diagnosed with it, and any other questions dealing with mental health. It is interesting to know that teen depression is a global sickness.

Overall, we should all come together as one, put all our differences aside and get help to support teens with depression. Depression is not something that is going to go away in a matter of time. This mood really affects teens and young adults in ways a teenager should not have to go through. I am not saying that putting teens in hospitals is a good thing, but I think giving them opportunities to actually communicate with others with the same diagnosis would make a little difference in their lives. I also agree that Obamacare will help teenagers who otherwise do not have health care to afford the preventive services they need to get rid of their depression. Depression could lead to many harmful things such as smoking, drinking, conduct disorder, academic problems, and dropping out of school altogether. We should work on starting implementing these support groups in an efficient way in order to overcome this “social malady.” If we do not stop this now, we will have an economy full of depressed children, teens, and even adults. 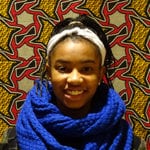