Most people do not know that the pay that teachers get is unequal between female and male teachers, so we should rise up for equal pay! I care about this issue because most of my family have become professors or teachers. All teachers work hard at their jobs and should receive the same amount of pay regardless of gender. Teachers should start demanding equal pay and sharing their salaries in order to have more information on equal pay.

The gender gap in teacher pay is a problem because many female teachers teach well but don’t get paid enough for their job. In the article “Is There a Gender Pay Gap in Education?” Hopkins states, “The fact that 76 percent of American teachers are women is, according to economists, a big part of why the profession as a whole is underpaid.” The article goes on to remark, “Women who teach elementary school make 91 cents on the dollar compared to their male colleagues.” How would you feel knowing that you are getting paid 91 cents for every dollar that a co-worker makes for doing the exact same job? If more teachers had information on how much they work compared to their coworkers, they could better fight for equal pay in their schools.

There are many ways to resolve this problem. The government should raise teacher pay for women so that everyone gets treated equally, and when they aren’t the teachers should step up and say something. In “The Gender Pay Gap: What Women, Employers, and the Government Can Do”, Eisenberg argued, “Employers could be required to share their gender gap data with the federal government to help hold them accountable. Employers could also be banned from punishing employees from talking with each other about wages and from asking job applicants about their prior salaries; such a law passed last summer in Massachusetts.” This transparency of information will help eliminate the pay gap between women and men and would provide the government with a way to hold schools accountable for paying their teachers equally.

People may disagree with my argument because they believe that men do more work than women and are being paid for that extra work. They are incorrect. The World Economic Forum states that “Women work 10 percent harder than men in today’s offices. This conclusion is the product of two other statistics. First, both men and women actually complete about 66 percent of their assigned work. However, women are assigned 10 percent more work than men these days — that they achieve the same completion rate tells us that they’re being more industrious.” As you can see this shows that women do more work than men and still get paid unequally. This is wrong and we need to stop this by encouraging teachers to share their salaries and by having the government hold schools accountable.

In conclusion, women are underpaid and overworked, and it makes me irritated. The government should make schools report their pay gap data and hold them accountable if they don’t start paying teachers equally. If teachers get equal pay they will feel recognized for their hard work. Teachers are giving the youth education and should be respected. By sharing their income, teachers can arm each other with the proof they’ll need to force the government to end unequal pay for teachers. 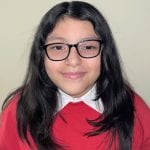