845 million. That’s how many active Facebook users there are currently around the world. It has more users than the population of the United States and Britain combined! I have to admit; my family and I are part of that “nation” of Facebook. Almost every country uses it, and that means that the Facebook “nation” has every nationality, race, and language. Facebook and other social networking sites allow me to keep in contact with my friend from England, and all my other friends. I can also play a lot of free games. Unfortunately using social media can have negative effects, in more ways than one.

Every time you log in or visit sites while logged in to a social network such as Facebook, it collects huge amounts of data on your habits, interests, and other personal information. According to http://www.privacyrights.org this information can be used to build a profile on you. If you go to sites related to wealth or make purchases at expensive websites enough then they will assume you have money to spend. In this way they might build an entire profile on you, then sell the information to advertisers on their websites so the advertisers can target and customize the ads. I have had experience with this because the more I use Facebook, the more the ads are centered on video games, which I mainly play on Facebook.

Also according to http://www.privacyrights.org, there are several kinds of social networking sites, and some collect more info on users than others. The first ones are Personal networks. These types allow you to make a detailed profile with your interests, gender, age and other personal information with others on the network, such as Facebook. Another type is Status update networks. These kinds of social networks are for posting short and quick updates. Twitter is a Status update network. A third type of social network is a Location network. These networks broadcast your real time location as viewable by friends or by the public depending on your settings. Yet another category of social network is a Content-sharing network. Content sharing allows you to share photos, videos, and other media on the web. One example is YouTube.  And finally, there are Shared-interest networks. These networks are based around a certain group of people, such as hobbies, ethnic backgrounds, political views and other similarities.

Social networking is a blessing, because you can connect with friends and play games but also can be a curse, because you are open to cyber bullying, identity theft, hacking, scams, viruses, and so much more.  Although there is a rule in place (at least on Facebook) to keep minors from having a profile, there are over 7.5 million underage users, including me! Once on Facebook or any other chat site, children are susceptible to spending a large and possibly damaging amount of time on Facebook. Spending too much time on Facebook has been linked to lower grades, says Time Magazine. I can believe that, because I, not unlike almost every other child my age in the United States, have spent extreme amounts of time social networking.  I have missed many assignments and have gotten many B’s thanks to Facebook, as well as wasted lots of money on their addictive (but not very fun) games.

Another problem is Internet trust between parents and children. According to Larry Rosen, a professor of psychology at California State University, children lose trust in their parents if they are closely monitored and will find a way to get around these monitoring programs. He also says that if a parent talks openly to their children about the web and the dangers of it, the child will be more likely to come to the parent if they have a problem with what they see on the web, such as adult content, suspicious people on chat sites, or games that ask for personal info. The best way to build trust with your kids/parents is to talk about the pluses and minuses of the Internet.

Unfortunately, many adults don’t even know about most of the dangers of the Internet. The truth is, most people don’t even read the privacy policies. I know I don’t. Some people think that just because a website has a privacy policy that means they have some rules about your information security, but what it really says is, “We can use any of your private information however we want without notifying you.”  This is what some privacy policies say, condensed into a sentence.  An example of a related privacy policy to that is Facebook, who is constantly changing its privacy policy to allow them to release more of your data. There are some good ways to protect yourself online. Do not post pictures of yourself for the public to see. Always use the privacy settings, because without them anyone can see the information on your profile. Do not arrange to meet people in the real world that you met online. Do not use your full name, say where you live, or give any other personal information. I say this because junk mailers, scammers, and many others, when armed with this info, could find out your email address, interests, and other things that you did not purposely share on the web.

Although social networking has spread around the world and it allows people to share photos, connect, and play games, it is not all good. Social networks collect large amounts of personal data on users to enhance their experience as well as to sell to third parties. There are five main types of social networks. Most social networks have a minimum age but there are still many underage users on almost every social networking site. A problem with social networking and the web in general is parent/child trust. It is always a good idea to read the privacy policy, or at least part of it, because you never know what it says. You should always take steps to protect yourself and your information. 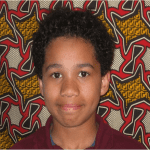