Imagine that you’re on your way home from work. You hop on the Metro and take your seat. Not long after, you see this man start harassing a woman next to him. It continues for a long time until he sexually assaults her. What do you do? Would you help the woman or stay seated like everyone else on the Metro? The story I just told isn’t hypothetical. As a young female, I am concerned for my safety and all other females on this earth. Violence against women is a global problem, and the United Nations needs to fix this issue. They can have a global discussion to make sure women’s rights are safe and known.

Violence against women should be discussed more because it is an ongoing tragedy that has not been taken seriously. A New York Times article states, “As a woman was being raped while on a train near Philadelphia on Wednesday night, riders watched, failed to intervene and did not call 911, the authorities said.” This proves that the passengers on board failed to help the woman who was being sexually assaulted. The article also states, “A man charged with raping a woman on a commuter train just outside of Philadelphia harassed her for more than 40 minutes while multiple people held up their phones to seemingly record the assault without intervening.” This shows that for more than forty minutes, no one helped the woman; all they did was videotape the incident. Also, proving that violence against women is not taken seriously. This incident was one of the many times women’s rights were ignored. Both pieces of evidence show that no one helped the woman whose rights were being violated; the passengers either
watched or videotaped the act on their phones. No one intervened, nor did anyone call 911.

Violence against women is not a local problem but a global one. A viral video was taken in Visakhapatnam, India, on November 14, 2021, showing a woman getting raped on a busy sidewalk. A Tribune article states, “The purpose is also not to highlight the frequency with which rapes are taking place in India or any other country around the globe; because it is not fair to point fingers considering rape culture exists everywhere. The purpose, rather, is to shed light upon bystander apathy, not only towards crimes like rape but also towards other types of crime and violence, which is a global problem.” This quote demonstrates that rape and violence against women is a global issue, not something that only happens in a single country. The same article also states that the victim, “ was “mentally ill” and was so deprived of food and water that she was not physically strong enough to call out for help.” The Vishakhapatnam incident was when society should’ve helped the one in need, yet that didn’t happen. This type of violence doesn’t just occur in one country. Rape and sexual violence is a global problem.

A reason why someone wouldn’t act right away when coming across rape could be the shock. In a Philadelphia Inquirer article, Stollsteimer once said that, “People in this region are not, in my experience, so inhuman and callous … that they’re going to sit there and just watch this happen and videotape it.” However, bystanders did, in fact, videotape both the Philadelphia and Vishakhapatnam incidents. The article goes on to say, “the district attorney also revealed that prosecutors are in possession of a new video that was, in fact, shot by a passenger.” The Tribune confirms, “While the crime was happening, a driver managed to record a video from his phone, showing the bystanders, choosing to ignore the crime. Not one person was seen intervening.” The actions taken in the Philadelphia and Vishakhapatnam incidents coincide in many ways. They were both videotaped by witnesses who chose to do nothing about the rapes. No one intervened. No one tried to help the victims.

Overall, violence against women is a global problem. Putting females at risk is an endless tragedy that has not been taken seriously. The United Nations needs to fix this issue. A solution could be having a worldwide discussion to ensure women’s rights are safe and protected. We too are human and should be treated as such. No one should be assaulted in any way, ever. Anyone could get raped or assaulted. Action has to take place so people can feel safe around others. It’s human decency to help someone in need. “What would you have done if that was your family member, significant other, or friend?” 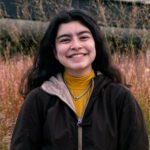