Close your eyes and imagine this, “I love you so much mom. Forgive me for everything I did bad. I love you. I love you. I love you.” That was Aliyah Eastman, a high schooler that was involved the Parkland Florida school shooting. Imagine this was your child. This was your child calling you because they were worried about being killed. I shouldn’t have to worry about going to school and not coming back home. I don’t want to put my parents through that pain. Today I am here to charge you with the severity of school shootings, specifically lack of laws and mental health resources. This issue can be solved by having better gun laws to keep children away from firearms and more mental health resources in schools.

School shootings are enhanced due to poor gun control laws that change from state to state. According to Ryland Barton and Aaron Payne from Ohio Valley Resource, “many states have some sort of child access prevention laws to encourage the safe storage of firearms and make adults liable if children get access to guns. Kentucky, Ohio and West Virginia do not. Under Kentucky law there is no requirement for secure storage of weapons, and adults are liable only if they ‘recklessly provide a handgun’ to a minor they think might use it illegally.” This means anyone can provide a gun to a young person as long as they don’t think they won’t use it for something dangerous. If states like Kentucky had laws preventing children from accessing guns, the school shooting tragedy at Heath HS where three students died, may not have happened. Current gun laws are undemanding and the government needs to pass more rigorous laws.

It started at Sandy Hook and has spread, but it’s time to bring it to an end. School shootings are a problem in the USA which needs to change drastically. They happen from elementary through high school. Virginia Tech, Columbine, Sandy Hook, and Parkland are only a few examples. If we don’t make stricter gun laws and increase access to mental health resources in schools, who knows what can happen next. Do you want a child like me worried about death? 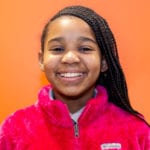