On January 1st, 2012 Vladimir Putin, the President of Russia, signed through the Russian Parliament a law that stated that people foreign to Russia were no longer allowed to adopt Russian children. No one knows the real reason why the Russian Parliament made this decision; some people think it was related to the international relations, preservation of their heritage, or biased cultural beliefs. When Putin tried to explain the real issue he brought up small reasons for passing the law that had occurred in the past, but many people think these were only excuses rather than real reasons why both the Parliament and the president wanted to pass this law so urgently.

Until the reasons are clear, I believe that this law has torn apart families. It also prevents children in need from getting love and care from foreign families who can provide for them.

In 2011, the most adopted foreign children in the world were from Ethiopia, China, and Russia. Thousands of children from Russia were adopted by Americans that year, and many more were adopted by families from other countries. The Los Angeles Times reported, “Americans have adopted more than 60,000 Russian orphans in the past two decades…There are about 600,000 orphans in Russia. Putin also signed a decree providing financial perks, privileges and other measures to encourage adoptions in Russia, which have never run higher than 7,000 annually in recent years.”

After the law was passed, fifteen hundred people waiting to complete the last step of adopting a Russian orphan were rejected and were not allowed to adopt the child that was rightfully theirs according to contract. “He’s our son,” Aaron Moyer a soon-to-be father of a young Russian orphan tells a CNN reporter, “in our hearts he is our son.” There are so many other devastated parents, for example Ms. Summers who said, “I’m appalled…I can’t even fathom what is happening. The stroller is in my dining room and the partly assembled crib is next to my bed.” Ms. Summers is not the only one who has suffered; many of those parents spent thousands of dollars on food, clothing, flight tickets, cribs, linen, toys and many other necessary items for a child.

Even more important than the sadness of parents are the needs of many Russian orphans. Adoption is not only something young orphans would love, but many orphans also desperately need new homes right away. The story of one young Russian orphan adopted by an American family makes this clear. His doctor told the LA Times:
Sasha is a young orphan [who] had been born to an alcoholic and had known no home other than his orphanage and a tuberculosis clinic. He arrived in the U.S with various ailments, constant fears, aggression, hysteria, a torn ear, and a habit of eating raw spaghetti. He would randomly steal and hide things and always had a backpack ready for an escape. Sasha was helped not only by the relatives, doctors, and psychologists, teachers and trainers, and they helped him overcome many of his problems. By signing this outrageous law, Putin deprived thousands of Russian orphans of a chance to find an American or another family and get the treatment and care they can’t get in Russia.

Although foreign families provided good care for adopted children in many cases, there are exceptions that might have caused the Russian president and parliament to sign this law. First, in 2010 an American woman adopted a Russian boy in September. She sent him back to Russia with a note saying that he had mental issues, but the orphanage was trying to get rid of him. The orphanage gave the boy back to her in April 2011, but the woman refused and said she could no longer handle or take care of him. Not very long after that event, an 18-year-old Russian boy who was adopted by an American couple was found in a port city in Russia. The boy said that he fled from his adoptive parents because his mom was verbally abusing him.

Another possible reason for the law against foreign adoption is that President Putin and the Parliament are scared that a Russian child adopted into another country might forget about his or her own heritage and culture. Putin and Russian policymakers are scared that these orphans will be forced to learn a new culture and forget about their native culture and about the country they derived it from.

However, these problems can be solved without forbidding foreign adoptions. The Russian parliament said that they would only keep this law until there is an agreement made with all countries that want to adopt Russian orphans. I think that the United States should push for an agreement, and the agreement should include a clause that forbids adopting parents to mistreat or abuse their child in any way. The agreement should also require parents to keep the child permanently and to let the child bring at least two things that remind them of their Russian culture and heritage. I am sure that there will be more rules and obligations in this agreement, but it could begin with these three simple things. The United States needs to take action and sign this treaty soon because there are tens of thousands of children in need of family and love in orphanages but they are abused and mistreated instead. American families are able to and want to help fix this problem, so the United States needs to take action. 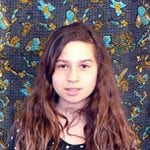