Qualified immunity was introduced in 1967. It is a federal doctrine that protects police officers from personal liability for elective actions performed on the job. In other words, it keeps officers from facing punishment for use of profuse force and shields them from accountability. The doctrine has a sour history as a defense for excessive force. According to the Michigan Journal of Public Affairs, “courts have progressively granted immunity in force cases, and that trend is sharpest when the victim is innocent. In fact, in more than three dozen instances, officers were granted immunity even though their actions were deemed illegal.” This shows that immunity is allowing police to overuse their power. Officers have freely violated the constitutional rights of citizens without any cost to themselves. As long as qualified immunity stands, police and civilians won’t be treated equally in the court of law.

There’s a moral obligation to make amends when we assault others. But qualified immunity is a get-out-of-responsibility-free card and that is not only discreditable but immoral for officers who serve justice and peace. In the case Frasier v. Evans, Levi Frasier is a casualty of qualified immunity. Frasier was recording an officer beating a guiltless man and was encircled by 5 police officers, who then demanded to see the footage and snatched his tablet and searched it without a warrant. They went to court where Frasier tried to sue but qualified immunity shielded all 5 of those policemen from any lawsuits. This shows that qualified immunity is a problem in our society today. All 5 of those policemen should be in prison for assault and/or invasion of privacy. Instead, Evans and the 4 others were set free with no charge or lawsuit. Banning this doctrine would help people like Frasier. All victims will get justice and police won’t be protected by the state.

Qualified immunity should be banned in every state. It has been used to protect police officers who overuse their power and allows them to think they are paramount to civilians. Victims of police brutality deserve justice. If we ban qualified immunity it will ensure equality between citizens and police. They will be held accountable for their actions and civilians will get the justice they surely deserve. If you want to be equal to police in the court of law, file a complaint against qualified immunity to your mayor or state, because when you get assaulted by an officer and press charges they’ll invoke your claim with qualified immunity and go home to their family while you suffer physical trauma from the assault. Look at this from a victim’s eyes. If you were one of those countless people who couldn’t get justice for being a victim of police brutality, how would you feel? Would you want qualified immunity to be banned? 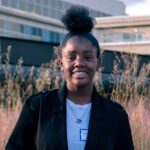