Ladies and gentlemen, how many people have to be hurt, harmed or killed for you to understand that police brutality is out of control? For example, look at George Floyd, he did not have to be killed, but the officer took his life just because he thought he was a threat. This is important because people are losing loved ones from police using unnecessary force to handle issues. I used this as an example because  Gorge Floyd lost his life recently to police brutality. What I believe would fix the problem of police brutality is to protest against the federal government to make the police have more and better training.

One reason I think we should protest to the federal government is to make sure people that are and want to be police and have more and better training on the way they react when they come in contact with the community. It would teach them what to do when they feel threatened. For instance, in the case of Trayvon Martin, he was walking home from the store and he did not make it home all because George  Zimmerman felt threatened or scared so he pulled the trigger. That shows that he needed more training even as a security guard because Trayvon Martin did not have any type of weapon on him. In an article by  WUSA9 titled “What is ABLE training? A look at the new program mandated for DC Police” it states,  “in training, officers learn techniques to intervene with fellow officers, subordinates or superior officers”.  This tells us that their training teaches them techniques but they just don’t use the good training because most officers do not intervene when they see things happening.

The use of excessive force by police against unarmed black Americans can’t be justified and should be treated as a public health issue. According to the Washington Post, 915 people have been shot and killed by police in the past year. Police violence is the leading cause of black men’s deaths because 1  out of 1,000 men can expect to be killed by police. The U.S. News tells us that “more than 1,000 unarmed people died as a result of police harm between 2013 and 2019”. That’s a lot of people who have died for no reason. They were unarmed and still died. In another article, it tells us that “Based on the information from more than two million 911 calls in two US cities, they concluded that white officers dispatched to black neighborhoods fired their guns five times as often as a black officer dispatched for similar calls to the same neighborhoods”. It seems to me that there are white cops that are not good at handling issues in neighborhoods with majority black people because they will most likely shoot. The evidence shows that police need more training because they’ve killed unarmed people when they could have used non-lethal force.

Some people may say that police need to protect themselves from harm because sometimes suspects and bystanders can be aggressive. Police need to be trained in more non-lethal measures so that people don’t have to die unnecessarily. Another thing that makes me think that they need more training is because police officers need to have the necessary training and knowledge to manage their emotional and physiological reactions as well as the people they come in contact with. The article “Why Police Training  Needs to Evolve – And How” by CrimeReport.org “police departments will continue to rely on a  militarized training model that is misforced, too short, and uses ineffective teaching methods”. Police training needs to be more effective in order for things to change for the better.

The problem is that police are killing people mostly unarmed and I say that is a reason for police to have more and better training. The reasons that I’ve mentioned show that there are real facts about people that are unarmed and are getting hurt, harmed and killed by police. What might help and stop the police from unnecessary violence and killing is protest to the federal government until they get and understand that police need training. If that doesn’t work out there would still be a lot of police officers using unnecessary force. There probably will be more killing and more police officers thinking it is alright to use unnecessary, deadly force. If there is ever a protest to the federal government consider joining and help fight for better training. 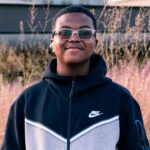