Nuclear Crisis on the Horizon

A nuclear weapon is simply known as a weapon that uses nuclear energy to create an explosion. Nuclear weapons were invented on July 16, 1945 in the operation known as the Manhattan Project. Through the creation of the nuclear bomb, the US was able to have a swift victory over Japan in World War II. Nuclear paranoia spread when people witnessed the destructive capabilities of the bomb. This contributed to the Cold War between the US and Soviet Union. Present day, we’re still facing rising tensions between countries, and if nuclear war were to break out it would transform our world into a wasteland filled with radiation; making it uninhabitable. I advocate for the indefinite ban of nuclear weapons. In my article, I’ll be debating how nuclear weapons have proven themselves, throughout the ages, to have a negative impact on our economy, the environment and our population.

Nuclear weapons have been impacting our economy negatively due to the heavy price tag of creating and maintaining them. “In 2015, the United States has an estimated 7,300 nuclear weapons, but the average annual per-unit cost is about $1.8 million—a 500 percent increase in per-warhead cost” (Wellen). Wellen gives us information about how much money it takes to maintain our nuclear weapons, and 1.8 million per-unit, considering we have 7,300 warheads, does amount to a staggering price. Instead, that money should be spent on other civilian needs. For instance, giving benefits for our veterans, adding more people into our education, and scientific and medical research. Another article also supports the fact that nuclear weapons have been proven to be expensive for our economy. Wald indicated “The cost of nuclear weapons programs has never been compiled before, according to the study. The cost includes money spent to invent them and produce them, build the missiles, bombers and submarines to deliver them and to defend against enemy nuclear attacks. In addition, cleaning up environmental damage resulting from the production of nuclear weapons will bring the total cost to $5.82 trillion, based on estimates of what will be needed in the next 80 years, the study said” (Wald). According to this article, 5.82 trillion dollars have been spent since 1940. This staggering amount of money should be used in other forms rather than creating these weapons and be put into something that will benefit the people in general. But rather, we’re investing our money into these weapons that have proven to only bring negative downsides.

There are also the destructive capabilities nuclear weapons possess, which further proves why they should be permanently banned. Nuclear weapons bring environmental damages not just from the nuclear blast, an explosion with intense light and heat and damaging pressure waves but also from the widespread radioactive material that can contaminate the air, water, and ground surfaces for miles. According to Ryan Rastegar, an author working for Global Zero, “A 2014 report published in the journal Earth’s Future found that even a regional war of 100 nuclear detonations would produce 5 teragrams of black soot (that’s 5,000,000,000 kg!) that would rise up to Earth’s stratosphere and block sunlight. This would produce a sudden drop in global temperatures that could last longer than 25 years and temporarily destroy much of the Earth’s protective ozone layer. This could also cause as much as an 80% increase in UV radiation on Earth’s surface and destroy both land and sea-based ecosystems, potentially leading to global nuclear famine.” (Rastegar). Through this explanation, we the readers have to kept in mind that this is only the aftermath of a nuclear bomb explosion, not the explosion itself. It will only take 100 nuclear detonations to dispute the balance in the ecosystem and send the world into a global famine. We should keep in mind that even if the atomic bomb obliterates the desired target, it comes with other consequences as well. Another example of nuclear weapons presenting danger can be shown in their radiation. Rossenfeld author of the article “Radiation Effects on Humans” in Atomicarchive.com declared. “Mild radiation sickness within a few hours: vomiting, diarrhea, fatigue; reduction in resistance to infection. Serious radiation sickness effects as in 100-200 rem and hemorrhage; exposure is a Lethal Dose to 10-35% of the population after 30 days” (Rossenfeld). As you can see, the exposure to radiation in the aftermath of an atomic bomb can devastate the survivors’ lives. There has also been research stating that the radiation makes places uninhabitable for centuries since it can take several thousand years before it fully wears off. These horrific effects can be fatal for anyone that has come in contact with the required dosage.

Nuclear proliferation is the increasing rate of nuclear weapons. Laws like the Nuclear Non-Proliferation Treaty aren’t being enforced by those who have agreed upon it. The “United Nations Office for Disarmament Affairs” states that “nuclear weapons are the most dangerous weapons on earth. One can destroy a whole city, potentially killing millions, and jeopardizing the natural environment and lives of future generations through its long-term catastrophic effects.” The dangers from such weapons arise from their very existence. Let’s travel back to August 6, 1945, where Hiroshima was detonated for the reason of the Japanese not accepting surrender, it shows an example of a fail bargain and the conflict was restored to nuclear weapons. Thus, introducing the devastating effect of “little boy” dropping on Hiroshima. A documentary by the BBC about a Hiroshima survivor Shinji Mikamo, the survivor states “I was surrounded by the loudest thunder I had ever heard. It was the sound of the universe exploding. In that instant, I felt a searing pain that spread through my entire body. It was as if a bucket of boiling water had been dumped over my body and scoured my skin.” (BBC). From the survivor we are able to gain a new perspective on how it is for those who have experience the atrocious that come along with a nuclear weapon. This demonstrates how we are able to be exposure to such dangers if those behemoths where to be unleash among men without a remorse given. It is required for us to enforce or prohibited the use of nuclear weapons along with dismantling them.

On the other hand, there are those who claim that nuclear weapons actually bring benefits to us. According to OccupyTheory in their article “List of Pros and Cons of Nuclear Weapons” it states “Nuclear weapons are likely key deterrents to major wars flaring up and acts of aggression by rogue nations. With such power behind them, nations that have nuclear weapons are far less likely to be attacked by another nation, even if that other nation also has a nuclear arsenal. The better a nation can defend itself, the more likely it is that no one will want to risk going against them and that results in more peacetime. This fact also makes it easier for diplomatic talks to work out since no one really wants to get into a conflict that can end with nuclear weapons” (OccupyTheory). But it is known that this tactic of obtaining nuclear weapons as a result it increases your bargaining power it has immense consequences. But an example in history has proven this to be false.

Nuclear weapons in this article have been shown how they damage our economics, environment and also how they have cause casualties. People live today in a world where tensions are rising, and conflicts have arisen. There has to be stricter laws involving change to limit the usage and processing to the ban of nuclear weapons, furthermore these laws being reinforced to reassure that change can and will happen. 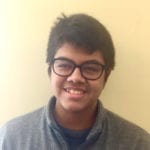