Over the past couple of months, our mostly conservative, white, cis-male Supreme Court has chosen to override the Constitutional right to abortion. They left it up to the states to decide on the laws for women and our bodies. The unsafe abortion rates and sexual violence leading to women being forced to carry pregnancies to term will only increase the more states restrict access to abortion. We should not only prioritize the fight for abortion access and sexual violence, but should also invest in sex education to reduce misinformation and make people more socially aware of their recourses.

The ACLU reported that 350,000 U.S. teens under the age of 18 become pregnant each year. Out of those young women, 55% give birth, 31% have abortions, and 14% have miscarriages. It also states that 82% of these pregnancies are unintended. Imagine if someone you knew had an unintended pregnancy or abortion, and imagine the toll it would take on their health if their state banned abortions. The risks, and the actions they’d have to take in order to help themselves, would be detrimental.

Being a 14-year-old girl who has never taken self-defense classes or sex education classes, I fear that I will be part of those 350,000 U.S. teens who become pregnant each year, because I do not feel financially, mentally, or physically secure in society. Before the overturning of Roe vs. Wade, more than 22,000 women died each year from having an unsafe abortion, as shown in the article “Unsafe Abortion: A Forgotten Emergency.” After the repeal of Roe vs. Wade, 54% of women seeking abortions will have to travel farther than they would have traveled previously. Even more shockingly this year, 29% of women will have died from having an unsafe abortion. Imagine if that was someone you knew. Someone you were close with. There has even been a 10-year-old rape victim who needed to get an abortion, only for it to be denied weeks after the repeal of Roe vs. Wade.

When the Supreme Court overturned Roe vs. Wade this spring, it meant that women and young girls who need an abortion, are not able to legally access one anymore in certain states. However, preventing women and younger girls from accessing an abortion does not mean they will automatically stop needing one. Some women will go to more risky, and extreme lengths to have an abortion either because they could not physically, financially, and mentally care for a child, or because of religious, parental reasons. Even with abortion recently being legal, it is estimated that between 25-120 million unsafe abortions take place each year. According to “Unsafe Abortion: Unnecessary Maternal Mortality,” up to 68,000 of those women die annually from complications from poorly done procedures or unsafe abortions, whereas 5 million women suffer from long-term health complications. In the same article, it states that methods of unsafe and illegal abortions can be violent, including sharp objects being inserted through the vagina or ingestion of toxic substances. This results in those women suffering injuries such as infections, hemorrhaging, and infertility. It could even result in death.

There are states where abortion is now legal that over 100,000 women have gone to obtain one, such as New York, Illinois, and California, as stated in the article “Tracking the States Where Abortion is Now Banned.” An abortion is a physical procedure, so when people travel to obtain one, this takes away their energy, time, and money. Prioritizing the fight for abortion access would decrease the women having to travel to other parts of the world for an unsafe abortion, saving them financially, mentally, and physically.

What many people fail to consider when talking about outlawing abortions is the determination of when a baby is considered “alive.” According to BBC News, there is an article showing that a fetus’ first movements happen at about 16-17 weeks, which many consider to be its first signs of being alive. “Women usually try to have abortions done as soon as their 10th – 12th weeks, and in most countries, nearly 90% of abortions were done by the 13th week. Ultimately, most women seeking abortion are not killing a baby. According to the article “Realize Pregnancy,” seven women shared their experiences as to when they first found out they were pregnant. It is estimated that women do not realize they are pregnant until 3-9 weeks after conceiving. In another article called “13 States Have Abortion Trigger Bans–Here’s What Happens When Roe is Overturned,” it shows that most states have a trigger ban at 6 weeks, a time when many women do not realize they are pregnant. This shortens the amount of time women get to have an abortion before it is considered ‘illegal’.

According to Guttmacher Institute, “Many Teens Do Not Get Even the Most Basic Information in Schools’’, more women and men have not been getting sex education now than in the past. There has also been an increase in women who have learned about sex, but do not know about birth control. Sex education teaches not only women but also men about their bodies and how to use them. Limited sex education in schools means that men and women will not be able to defend or protect themselves, leading to more unwanted pregnancies.

The people who speak out on abortion laws should not only prioritize the fight against sexual violence, but also invest in sex education to reduce misinformation that will support many more benefits. Such as less STI rates, fewer unintended pregnancies, better self-esteem, healthier relationships, and more. Taking accountability for what we need to fight for is the first step to making our voices be heard in the fight for abortion access.

“Lessons from Before Roe: Will Past be Prologue?”
https://www.guttmacher.org/gpr/2003/03/lessons-roe-will-past-be-prologue

“Fewer U.S. Teens Are Receiving Formal Sex Education Now Than In the Past,”
https://www.guttmacher.org/news-release/2016/fewer-us-teens-are-receiving-formal-sex-education-now-past

“13 States Have Abortion Trigger Bans–Here’s What Happens When Roe Is Overturned,”
https://www.guttmacher.org/article/2022/06/13-states-have-abortion-trigger-bans-heres-what-happens-when-roe-overturned

“What Does a 6-Week Abortion Ban Even Mean?”
https://www.plannedparenthood.org/blog/what-does-a-6-week-abortion-ban-even-mean 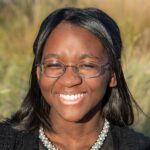