A few years ago, I found myself being exposed to the injustice of speech in foreign countries through the media. I was very young and not able to completely comprehend what I was experiencing. At the time, I was watching a Pakistani news broadcast with my dad and a man who was talking was interrupted with an unusual sound. I thought it was a hurricane warning or the TV audio was broken. “No, it just that guy is getting cut off” said my dad casually. The guy was first talking about all the riots and needless bloodshed that’s been occurring. But then he started to attack the Pakistani government; how it’s filled with corrupt officials who are doing nothing for the people who are suffering at their hands. That’s when he got cut off.

Though I was young at the time, I learned that many people don’t grow up with the same rights that I have in the US. From unfair trials to unreasonable arrests, people around the world grow up living with acts of injustice surrounding them every day. When coming to countries like America, those same people might face dangers and regulation, but they’re compensated with more freedom. Thinking they are free from injustice and free to do what they please, they soon come to realize America too has its own issues. In Iran, however, under the theocracy of Mahmoud Ahmadinejad, the country is facing greater acts of injustice such as repressing speech.

“Don’t make a funny face at someone or even look at them. Don’t even speak in public, unless it’s important. Don’t criticize what you see or hear, opinions can be taken critically either way, good or bad” was what my dad said when I went into an ice cream shop. The paranoia had reached my dad.

Iran’s censorship consists of many things: protecting national security, political stability and even traditional social values through repressing speech. Many countries uphold these same beliefs and still cover up their unseemly flaws with a perfect facade. Even in the United States, our first amendment, guaranteeing freedom of speech, is not absolute. Our Supreme Court has recognized categories of speech that fall under the amendment and categories that are excluded from the amendment. Even when falling under the category for freedom of speech, our government still enacts restrictions upon it, given the circumstances. Criticizing the government, advertising a product, and even using fighting words all have their own category when referencing freedom of speech. To insure peace and stability within the country the US protects its citizens by not having radical speakers walking about. Speaking your mind and voicing your thoughts is allowed in the USA, but to an extent.

“There should be limits for the freedom of speech, especially if such freedom blasphemes the beliefs of nations and defames their figures” said Yemen’s president, Abed Rabbu Mansour Hadi. Frantic rebels expressing their views is extreme, but taking away an entire country’s right to speech seems harsh if it was only the result of a few individuals.

Violence inflicted toward specific individuals seemed to contribute to the oppression of speech. In 1989, Ayatollah Khomeini, Iran’s supreme leader, issued a call for the murder of British novelist Salman Rushdie because the author supposedly blasphemed the Islamic religion in his novel The Satanic Verses. Many of his translators and publishers were killed over the publication of the novel. Though that was in the past, Iran still represses the speech of others today. Under Iran’s constitution, it names subjects that “do not deserve to be published,” such as: renouncing the fundamentals of religion, promoting moral corruption, creating problems in the unity of the society, and much more that challenges Iran’s beliefs. Globally, controversial issues illuminated within books and literature pieces are censored and banned in countries and Iran illustrates just some of the issues that authors try to challenge. In Iran’s efforts to maintain its culture and stability of its country, it censors and bans the voices of others challenging its regime.

“Censorship is very common. Anything you say in public can be seen as an act against national security; there is always someone watching you. You could be alive one moment and then dead the next day” my dad said in a serious tone. I thought he was paranoid, but later, what he said made sense.

In Iran, under the Sharia law, the Islamic deity is officially recognized as the civil ruler, religion rules the country. With soldiers patrolling around every corner, it’s hard to actually speak up. Anything seen as blasphemy to Islam is seen as illegal and will inevitably result in amputation or death. This usually impacts women the most. According to Amnesty International, 66% of Iranian women have been at least physically abused once. Women are being burned, stoned, and raped for obtaining an education and going against what is seen as traditional belief as opposed to religious belief. Obtaining an education or even speaking your mind is immensely frowned upon. Women can’t even appeal against this injustice, they would only be raped once more, exiled, or even executed for spurring nonsense against the Islamic culture.

The desire to have religion rule has mixed with cultural ruling resulting in an utterly repressed nation. The freedom to speak is not simply being repressed; there are real threats. According to Freedom House, Iran ranks 2nd in the world for the number of jailed journalists; 45 behind bars as of December 2012. Silencing the citizens and destroying critical news coverage in the process,  the media is ultimately being censored. Iran’s tight grip on the press and internet is not only repressing speech, but also the truth. The spur of lies is all the Iranian people hear and they perceive them to be true. Those who know the truth keep it to themselves or end up getting killed.

Foreign journalists visiting Iran were allowed into the country to cover the national elections, but prohibited visa renewals. Iran even jams foreign satellite stations from recording about Iran. The government directly controls all television and radio broadcasting. The authorities frequently ban media coverage on specific topics and events, such as protests and riots. Reformist newspapers and websites in Iran are also being censored. “Numerous periodicals were closed for morality or security offenses in 2012” said Freedom House. However, internet use in Iran has expanded greatly, according to New Internationalist, at least 1 out of 5 Iranians has access to internet and has their own online journal. Iranian blogosphere has grown so widely, that through government efforts to repress bloggers, officials had blocked over 10 million websites that opened virtual space for freedom. Blocked websites prevent the world and Iranians from learning the truth, even though its already general knowledge to many of the people.

“Speech is power. Using it wisely makes you powerful. Compared to other countries, you can say you’re more powerful than half the people in the world.” said my dad. I honestly never gave it much thought.

According to Amnesty International World Report, freedom of speech is restricted in at least 77 countries.  If we are able to raise more awareness of this injustice, we can end this atrocity. Eritrea, Pakistan, North Korea, Cuba, Iraq, and countless others along with Iran are facing this every day. Though it would seem that we can’t do much, there is actually a lot we can do. The notable ones are: protests, appealing US legislature, and even building a foundation. Millions of people, even in Iran, own of cell phones and other devices. Any Iranian with a mobile phone can film the protests and the response of the authorities. Hour by hour, these clips are posted on YouTube and other countless blogging sites. So we can do our part to bring this to everyone’s attention. We could make a website on all the injustices around the world, little snippets of the daily lives of those living under oppression. If we could just do something, I’m sure we can raise enough awareness to end this injustice globally. 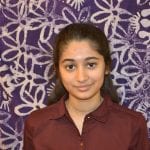