In 2010, the estimated number of HIV infections was the highest it has ever been. Black/African-Americans continue to experience the most severe burden of HIV, compared with other races and ethnicities, but all people of races suffer HIV infections. Many people are not being tested because they are scared or unaware, but in reality we need to know. This is important to me because as a female African-American teenager, I feel as if there are many infections going around that kill off our youth and our future. Why are there no classes on different transmittable diseases? If everyone knew about the types of illnesses and got tested, they could get the help they need to live a healthy life. Therefore, classes on HIV would help educate people about safety and would encourage people to get tested.

HIV is going on all around us, and yet people do not talk about it because they do not think it is important or uncomfortable. Young people aged 25-34 have the highest rate of new infection, accounting for 31 percent of all new infections, followed by teenagers and young adults ages 13-24, who made up 25 percent of new infections. Clearly, young people are engaging in risky behavior, like unprotected sex. Sadly, this risky behavior will cause their future to be damaged if they contract HIV. Children also suffer when their parents have HIV, as World Education (worldeducation.org) stated, “In many countries today, children and adolescents are growing up amidst multiple challenges exacerbated by the direct or indirect threat of HIV/AIDS infection.” When children have parents or family members who are infected, they have more problems than children are able to handle.

HIV is scary to teenagers, but without education, they respond by ignoring the danger. Although they might be shocked or scared if someone talked about the disease and told them possible consequences of the decisions they make, it is more important that they have the knowledge and the ability to avoid infection. To spread the message, it is important to have programs that understand the way teens think. Studies show that having comprehensive sex education programs in schools reduces the number of partners, pregnancies, and sexually transmitted infections, according to AdvocatesForYouth.org. Therefore, we should have classes on these infections so that we can learn to protect ourselves.

Classes are also a good idea financially because they would save money by reducing infections and therefore reducing medical costs. Teachers could take some time out of the day to hold a session talk with their students about HIV prevention. Schools should also make sure students have opportunities to discuss their feelings with trusted adults, because teens would feel need people who care about them, and a person to talk to about their decisions. If teens feel that they have someone to talk to, they are less likely to engage in risky behavior. Also, this kind of session would decrease HIV infections, because students who have self-esteem engage less in risky behavior, according to talktokids.org.

Some might argue that these classes would cost too much money. However, as I have stated above, sex education would reduce medical cost while only costing money to train teachers. Some parents may also say that their children are not sexually active, and so may not support these programs. However, some teens do not tell their parents they are sexually active, and so could benefit from the information. In addition, even teenagers who do not have sex in high school should be educated on HIV so that when they do choose to have sex, they will know what to do.

Other critics might say that HIV is only a problem for gays and lesbians, and would say that since most students are heterosexual, they don’t need HIV education. It is true that gay and bisexual men remain the population in the United States most profoundly affected by HIV, according to the Centers for Disease Control, but other people of other groups still experience infection and are at risk if they don’t protect themselves. Also, some students are homosexual, and so they benefit just as much as heterosexual students.

By offering HIV education, we can focus on a better future. These classes would provide numerous benefits: increase self-esteem, educate students about HIV transmission, and encourage kids to get tested. This way, we can ensure that students have books in their hands, instead of HIV in their bodies. 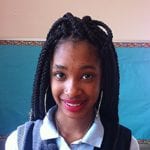