Imagine a kid is walking home from school. The kid is excited, skipping trying to get home faster. He just got a one hundred on his math test. Next to him is his best friend. They part ways. He rounds the corner to his house and sees police cars and ambulances. He climbs the stairs to his house, still smiling. The door is adjacent, swinging lightly as if someone just ran through. There it was his father sprawled out, lifeless. This young boy is your best friend. Your best friend is scarred. He’s not alone.

According to Small Arms Survey a private organization who conducted an independent research project, “there are over three hundred million firearms in the U.S.,” which means that there are enough guns in this country to arm every citizen.

It’s almost as if some people have guns handed to them. They don’t need I.D.’s. or background checks. In many states there is not a law highlighting the minimum age for possession of rifles or shotguns. In some states, people are allowed to carry loaded guns in their cars without a permit and to kill in self-defense if they feel threatened. The U.S. makes it easy for people to get guns and use them.

It’s not only murder, it’s also people turning the gun towards themselves. The U.S. leads the world in gun-related suicides. Over sixty percent of gun deaths are suicides in this country. In a recent study from the RAND organization, access to guns make suicides more prevalent. They outnumber homicides 2 to 1. Every week there are 11 suicides. Do the math, and that’ll be 572 suicides at the end of the year.

However many people believe that guns don’t kill people, but it is the person behind the trigger doing the killing. But if a person sees guns and gun violence as common, trained by the thought, they become influenced, thinking that killing someone is okay. An inanimate object begins to control their life. The NRA hides behind the Second Amendment which states, “the right of the people to keep and bear Arms, shall not be infringed.” This, however, does not constitute gun violence.

We the people should stand up against organizations, such as the NRA, who promote guns, and encourage possession of them by anyone. And maybe that young boy would’ve grown up having a normal childhood, without the weight of his father’s death. 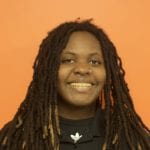