Going Too Far with School Safety

Imagine walking into a school. As you walk in you see a security guard. Now imagine that the security guard is holding a military rifle. This has been happening in some schools across the country. If this were happening in my school, I would feel extremely uncomfortable and scared. If for some reason a security guard thought something were happening, they could walk into a classroom and possibly injure lots of kids. This isn’t just some type of experiment; these are kids’ lives we’re playing with. This why I think that weapons shouldn’t be allowed in schools.

One reason that weapons shouldn’t be allowed in schools is because armed staff might use too much force. One article I read, “Program that arms school police with military rifles comes under criticism” said, “Students who are protesting or even just acting up might be injured or even killed by school police.” This means that school police might go too far and hurt someone even when it isn’t necessary. I read an article on democracynow.org that was about one of these incidents. A teenage girl was sitting at her desk at a high school in South Carolina, not posing a threat to anyone, when a police officer put an arm around her neck, threw her to the ground, and dragged her out of the classroom. This was all caught on camera by one of her fellow students. Events like this can lead to trauma and kids feeling unsafe at school. We want school to be a place where kids feel safe and comfortable, not scared that at any moment a police officer will attack them. If the officer had used a weapon, this incident could have been fatal. Some officers are looking for ways to hurt kids, and if they have weapons it can lead to students being seriously injured or killed.

Another reason weapons shouldn’t be allowed in schools is because it makes schools more dangerous. In the article “Program that arms school police with military rifles comes under criticism”, an expert said, “We’re turning to a solution that is really the problem.” He means that arming school police will make the problem of excessive force in schools bigger. According to democracynow.org, Noe Niño de Rivera, a 17-year-old boy who was trying to break up a fight in the hallway at Bastrop High School near Austin, Texas, when he was shoved to the ground by school police and was electroshocked with a Taser. This entire ordeal was caught on a security camera and led to the student being in a 52-day, medically induced coma. Clearly, having armed security in schools leads to horrific incidents like this, and is dangerous to students.

Some people believe that guns are needed to keep schools safe. In the text “Program that arms school police with military rifles comes under criticism”, an interviewee said, “The weapons are needed to protect students in case of emergencies.” They mean that school police need weapons to keep students safe. I disagree, because bringing weapons into schools would create more “emergencies”, not protect against them. An article by Max Kutner on newsweek.com said that a University of Cincinnati officer fatally shot Samuel DuBose on campus during a traffic stop for a missing front license plate. If a tragedy like this happened in my school I would not feel safe at school ever again. Events like this would not happen if school police were not armed.

In conclusion, to protect students, weapons should be kept out of schools. Not having weapons would mean not as many harmful school incidents, which would save kids’ lives. Banning weapons in schools would make kids feel safer and could change the course of their lives. 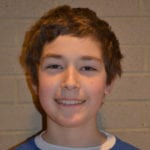