Four years ago, and counting, I was a gymnast. I woke up at 5:00 am every morning to go to practice. We trained for three hours in the morning and four at night. I was committed, and in the best shape of my life, both mentally and physically. Being competitive, aggressive, and determined was required to make it in the sport.  But from an athlete’s point of view, sometimes my best just didn’t cut it. Even on a team, with people I loved, I sometimes felt left behind. I felt like they would race ahead and leave me in their dust. I even contemplated quitting, because there was just so much pressure and I had taken so many falls – bad falls. But knowing I had the support of my friends, coaches, and parents, I was sure I would get through the rough patches and eventually find my center again.  Even then, the pressure was still there.

Being an athlete builds strength, team spirit, and a way to express feelings and talent through unique skills. Having fun and striving to be the very best that you can be – that’s what comes to my mind when I think of being on a team or even in an individual sport. But, with all the intense training, expectations to live up to, and competition against others, is that really all there is to being an athlete? Sports have become one of the most viewed entertainment and career choices globally. Sports are associated with money and derogatory labels, the kind of labels that are stuck to a person for life just because of one mistake made, not their honest accomplishments in life-those they should be remembered for. This kind of judgment can put an immense amount of pressure on a person and even teams as a whole.

Doping has become a huge and widespread problem that continues to grow. Athletes get injured – they dope. Athletes feel the pressure – they dope. Athletes don’t feel good enough or don’t like their body image – they dope. It seems to be the solution to self-deprecations. But that does not justify the use of drugs, it is one of the worst things you can do to your body. When professional athletes use drugs, they influence the younger generation – us. We often look to them as inspirations, role models, or even competition. Hearing that your role model has been caught for abusing drugs can really put a twist on how you view your own morals, self-image, and future.

In the gym, during practice, I would often catch myself watching the older girls in the upper levels doing their advanced skills. Seeing them work hard and strive to be better, and even become Olympians, motivated me to push myself harder and try to one day reach their level of skill. Then, there were those days when the girls I looked up to fell below the expectation, and they were sometimes even thrown out of the gym. That would make me lose self-confidence and think, that could be me one day or maybe after all of this hard work, it could all be thrown away because of an injury or minor mistake.

Lance Armstrong, a formerly dignified cyclist and victor of several Tour de France races, is now known for his admission of the continuous use of steroids throughout his career. Though, he is not the only super athlete caught using drugs. As for Lance Armstrong, his abuse of drugs caused him to be banned from the sport, stripped of his cycling medals, and the shameful humiliation of his admission to steroid use.

Professional and aspiring athletes have developed an idea that winning results in a reward, often associated with money and huge endorsements, but that second place is viewed as the “first loser.” Even coaches, especially of well-known and professional teams, perpetuate these misguided doctrines. Athletes’ jobs, reputations, and success rely on their team’s ability to win. This demand can result in teams and coaches sacrificing their careers and lives just to improve and enhance their performance.

The abusing of drugs dates back to the ancient times. Even the Greeks used drugs to look and feel better. Greek gladiators used mixtures of wine and herbs, mushrooms, and plants to eliminate any pain and build up strength and endurance. An increase in endorsements, sponsors, and prize money drove the advancement in the science of performance enhancers and it still does – today. The range of drugs that both athletes and non-athletes use is vast, but some of the commonly known and used are the anabolic androgenic steroids, human growth hormones (hGH), and erythropoietin (EPO).

Anabolic androgenic steroids are male hormones that can cause abnormalities and dysfunctions in the liver and kidney. These steroids also cause psychiatric symptoms and affect the health of the heart. These risks can become massively increased when people use up to ten times the recommended dosage as well as “stacking.” Stacking means the use of multiple drugs at one time, like using EPO or hGH on top of using a steroid.

Human growth hormone is for the most part, self-explanatory. It is a naturally occurring hormone that influences growth and development.  It can also prevent the loss of muscle, but it does not increase the strength of them. Like anabolic androgenic steroids, it comes with health risks damaging some of the same vital organs. As for EPO, it functions as a stimulant of red blood cell production. It was not until 1977 that EPO was detectable through a urine test and it is now referred to as “blood doping.” If too much is used, this drug can cause an increase in blood viscosity, increasing the risk of stroke, or even premature death.

Scientists and doctors have developed new ways to detect the use of drugs, but so far, there has been little effect. The expectation was to prevent or even stop the usage of drugs in its tracks, but unfortunately, there are new and powerful doping techniques that allow athletes to pass the range of tests. The use of steroids and enhancers continues to escalate. As of now, there are well over a million abusers of steroids among youth in the United States. Though they do not receive the same exposure, fame, or fortune that the professionals do, they still experience the same side effects. Not only high school and recreational athletes are abusing drugs, some young adults are motivated by their desire to improve their appearance.

Drugs are so easily accessed by the younger population that many more are at risk of being dragged into drug abuse. I know I am personally influenced a lot by the media and friends, and I often look up to the Olympic athletes I see in the news or in magazines. I felt the pressure – and still feel it today-to try to be the best in almost every aspect of competition. But, drugs are not, and hopefully will never be, part of the equation. We all want to be the very best we can and at this time we, adolescents, are at one of most fragile stages of our lives. It is easy for us to be influenced by many outside distractions and ideas. But in order to stop this, new tests and behaviors have to be developed and encouraged. Without that, the use of drugs will continue to grow and grow and potentially kill more teens and athletes. 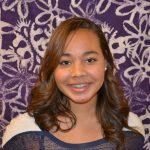