According to Online Bullying by Newsela “A survey showed about 20% of students reported being cyberbullied, from then on it’s increasing significantly.” Kids in most grades to middle school and up have been cyberbullied. I know someone who has been cyberbullied. Cyberbullying caused that person to feel worse about themselves and not feel valued. Before they were happy and excited to be with friends. Cyberbullying is an online type of bullying, and can look like saying mean things to others online via social media. It causes people to be violent to others and have suicidal thoughts. Teachers, like counselors, can help stop cyberbullying by teaching kindness and helping kids recover and feel better after being cyberbullied. Social media CEOS can also help by blocking mean comments and sites.

Cyberbullying is a big problem that needs to be solved by counselors and social media CEOS. Counselors and CEOS can help reduce this problem because the counselors can talk to kids and block mean comments. When the students are around their classmates, they can learn from each other. According to “Cyberbullying: What Teachers and Schools Can Do” the article says “Experts say banning technology is not the answer, but rather teaching kids to be good digital citizens. When schools adopt codes of conduct, they should apply out of school and set the consequences upfront. The notion that home and school are two separate spaces no longer exists in the minds of digital kids.” (scholastic.com) This shows that cyberbullying can be changed by teaching kids to be kind and by having CEOS control mean things.

Some may argue that parents have to do it. In the article“Cyberbullying: What Teachers and Schools Can Do” the author says, “Teachers have to encourage parents to be involved in their kids’ online lives,” says Hinduja. “They’re already involved in cheerleading or football. We have to be similarly passionate about what kids are doing online.” (scholastic.com)However, the parents are too busy. The counselors and CEOS can do it by helping teach kids how to be good digital citizens and blocking mean comments. This shows that counselors and media owners will say that parents have to control their kids’ behavior online but counselors and media owners can help stop cyberbullying because they have the right training and power.

In conclusion, this shows how we can help solve cyberbullying by having counselors and CEOSteach kids how to be kind and control what kids say. Cyberbullying needs to change because it causes suicide and violence. If we can decrease cyberbullying then the world can be kinder. 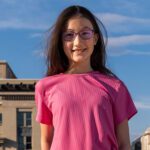