I am Chinese, apparently. I am also American, according to my family. But I am not Chinese-American, not yet at least. My parents immigrated to the United States many years ago, and I am the first generation of my family to be born on American soil. Being the first “American” is a special position, but sometimes a lonely one.

According to the CIA’s World Factbook, approximately 443,270 people emigrate from China each year. My mother reckons that of those people, at least 60% head to America. She’s probably right – the US Department of Homeland Security lists Chinese immigrants as the third-largest immigrant group in the United States. “They want a better life,” my mother said. “Life in China is too competitive. It’s a hard life if you don’t live in the right area.” Even today, 11% of the population of China, nearly 150 million people, still doesn’t have access to a safe drinking water source. And over 600 million people still don’t have access to a safe sanitation facility. My dad agrees with my mother: “Everyone wants a better life. Everyone wants to go to better schools,” he said. It’s true: the top 20 universities are all either in the United Kingdom or the United States, according to US News World’s Best Universities. Tsinghua University is generally regarded as the best university in China, yet barely cracks the top 50. “Chinese people want to have an opportunity to do something other than factory work,” my dad explained. “That’s the reason why we came here.”

While my parents were there, China was a manufacturing country: factories already pumped out merchandise by the thousands. Today, it has grown into the world’s largest manufacturing empire — the World Trade Organization reports that China shipped $ 1.9 trillion worth of goods last year. The Office of the US Trade Representatives reports that over the past 16 years, China’s exports to the US have surged up by 841%, making China the United States’ largest supplier of goods. In fact, China exported $365 billion in goods and services in 2010 to the US alone. China produces so many US products that the US had a $273 billion trade deficit with China in 2010. Look under any toy or eraser or cup — most likely, it’ll bear the words “Made in China.”

My parents escaped factory life by studying in American universities; they saw America as the “land of opportunity.” This also meant I was indoctrinated with the dogma that being an immigrant’s daughter meant that I had the best of both worlds: the rich, cultural heritage of my Chinese background, and the modern benefits of American society. I have been told that being of both cultures means that I represent a balance between the two. But sadly, what they never warn you about are the expectations that bear down on the first-generation’s shoulders. They never tell you about the need to do both cultures justice: as if honoring one would disrespect the other. They never tell you about the rejection from each side: my Chinese cousins regard me as the “American,” while my American friends understand that I am “Chinese.” And they never tell you anything about what happens if you do not live up to those expectations.

Therefore, my family has labeled me as the “American.” But, I am not the typical American either. The word “American girl” connotes a tanned, blonde, blue-eyed girl – the antithesis of me. Americans eat cheeseburgers. They are bad at math. They all have the latest gizmos such as iPads and Macs. Americans are Americans, and the bottom line is that they do not doubt their American-ness.

But I do. Changing the clothes I wear and the food I eat doesn’t erase the fact that I am still “the Asian one” in the group. And the worst part about all of this is that all the other first-generation Chinese students at my school handle their twin identities perfectly. They epitomize the perfect Chinese child, but embrace the laid-back American culture. They can identify themselves as a proper Chinese-American.

Someday, maybe I can call myself a true Chinese-American. According to the 2010 census, there are 3.8 million Chinese-Americans in the US. Over 2 million speak a Chinese dialect fluently; many learn Chinese to preserve their heritage, to communicate with relatives, and because of the idea that Chinese will become useful as China’s economy grows. Then, if there is anyone out there who has experienced or is experiencing the same doubts that I am going through, I want you to know that you’re not alone. I’ve been there too, along with the remaining 1.8 million alienated Chinese-Americans. I know what it’s like to be an immigrant’s failure. The battle to find my cultural identity has been a long war, one that still has not completely finished, but I hope it will soon.

In the end, there are more ways to be lost than you might think. I was lost because I had two heritages to uphold, and I thought that I had failed both. But in reality, I have both cultures in my hands and all I need to do is to reach for them. Despite all the cultural confusion that comes with having dual identities, I’m proud of my Chinese ancestry and American background. I’m the fusion of two cultures, and as my parents said, I do have the “best of both worlds.” 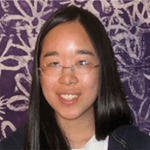