One powerful reason I believe that the death penalty should be banned is because there have been so many exonerations. There have been a total of nearly 1,300 exonerations from 1989 – January 2014 according to NBC News, although not all those people were sentenced to death. These are nearly 1,300 lives that had their freedom snatched away for years. Some of these nearly 1,300 lives could have been executed while being innocent. If justice has made this many errors, if not more, then why should we take the chance of executing an innocent? We should not wait until an innocent person is murdered or convict an innocent person and have him imprisoned for 30 years. Glenn Ford is a man whose only crime was to be in the wrong place at the wrong time. He was convicted of first degree murder and robbery and was sentenced to the death penalty. Glenn Ford spent 30 years of his life in death row being innocent, unfortunately he was one of those 1,300 whose life and time was spent. Who can give these people back all those years wasted in death row? No one can do this or repay them with anything. Banning the death penalty can prevent the risk of killing innocent people, and if this kind of mistake ever happens again then at least they do not have to worry of dying for something they did not do.

Another reason I believe the death penalty should be banned is because it costs way too much. The California Innocence Project says that California has spent over $4 billion on death penalty cases since 1978, and only executed 13 people. They also said that it costs $200,000 – $300,000 to keep a person in prison for life. Why waste 4 billion dollars on one person when that money can be used for thousands of people? As of now the U.S. is not in the best shape economically, so why not ban that type of punishment and use the money that is left? This extra money can really help schools, public services and many other aspects the country needs help in. I honestly believe that capital punishment is a waste of money, money that is wasted on criminals that can be used to improve shelters, roads and pay back a little of the debt the nation has. Therefore, banning the death penalty can help the nation economically.

I also believe that life imprisonment is a worse punishment than the death penalty. If one thinks for a moment if capital punishment teaches these criminals a lesson or makes them reflect, one will come to the conclusion that these criminal do not learn or reflect anything with this kind of punishment. When a criminal is killed, in reality he is being relieved because he does not have to deal with worries, stress or anything to do with the world. In other words if we are trying to teach criminals a lesson why are we relieving them of worries, pain or guilt? We should be punishing them harder and make sure they have learned their lesson so that they can be convinced that what they did was wrong. If the criminal is given imprisonment for life, they can reflect and who maybe even other criminals might think twice before committing a crime.

On the other hand some people might believe we should have the death penalty for those who have committed atrocious crimes. People might want serial killers to die to give a sense of closure to the families according to BalancedPolitics.org. However, if this criminal is given imprisonment for life the families will still have a sense of closure, since the person will be behind bars forever and the family would not have to worry. Maybe a serial killer does deserve death, but that would not help in any way. It would relieve the criminal from worries. If what people want is to punish the criminals and make them pay for what they did, then take away their liberty forever and forget about capital punishment!

Overall, getting rid of the capital punishment is beneficial to everyone. Not only would it cut down costs and help the nation economically, but it will eliminate the risk of executing innocent people. Giving them life imprisonment would be a better punishment because not only does it teach the criminals a lesson, but it keeps them off streets and practically eliminates them which is what intended with capital punishment. Banning this kind of punishment will reduce the pain in families who have been heartbroken by losing an innocent son, daughter, father or mother. I want this to be reduced. I don’t want any more families to suffer because of this punishment. I want justice by taking this punishment away. I don’t want any more errors like these to happen. We need to stop all of this madness, and wake up out of the dream that we can do whatever with lives. This needs to stop now!

“Should the death penalty be banned as a form of punishment?” Balancedpolitics.org. 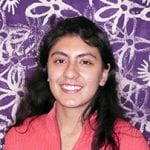