Anti-Bullying Programs: Do they Help or Hurt?

We all know those signs: the ones about reporting bullying and speaking out-the signs in every school hallway. Those signs that, like most kids, you never give a second glance. Do those signs and other more assertive anti-bullying programs actually help reduce bullying? According to research, they don’t have much of an impact at all. In fact, bullying and anti-bullying efforts have almost synonymous results because both have negative effects on people’s futures.

As bullied children grow older, their social and emotional lives tend to be less content than people who were not bullied. Bullied children tend to become less mentally stable when they get older, compared to their non-bullied counterparts. This could mean that kids who were bullied end up less happy when they get older, or it could even mean that being bullied as a child could increase the chance of someone getting mentally sick when they’re older. A study of roughly 18,000 kids in Europe tracked how bullying, or the lack thereof, affected them later in life. “The researchers found that people who were bullied either occasionally or frequently continued to suffer higher levels of psychological distress decades after the bullying occurred.”(Kaplan, paragraph 6). This evidence shows that anyone who is bullied, whether it’s often or not, ends up suffering from it years later. As a result, bullying affects people’s brains and makes them less psychologically healthy in the future.

Bullying also causes people to become more anti-social. “Adults who were bullied as kids were more socially isolated too. At age 50, bullying victims are less likely to be living with a spouse or a partner; less likely to have spent time with friends recently; less likely to have friends or family to lean on if they got sick.” (Kaplan, paragraph 8). This shows that people who are bullied end up less mentally stable, that they don’t have many friends, and that they isolate themselves. People who were bullied, overall, end up with a much sadder life than those who weren’t bullied. It’s important that we recognize the significance of bullying and the effect it has on the victim’s mental health, even if the amount of bullying is small, it will still change someone’s life, be it in a small way or a life altering way.

In the same article, the author elaborates on why the anti-bullying programs don’t work. “…bullies may simply choose not to practice prevention techniques, or perhaps, learned more effective bullying techniques through the programs.” (Oglesby, paragraph 6). This shows that anti-bullying programs aren’t only defective due to the fact they don’t do much to prevent bullies, but also because they are helping bullies become better at being bullies. So even if anti-bullying programs were intended to be helpful, they end up hurting more than doing good.

Some believe that anti-bullying programs are at least making kids more aware of bullying, and that helps to slow bullies from harming other students, but that doesn’t necessarily mean it’s true. In one article, the author makes the claim that children in communities with the anti-bullying programs are more likely to report bullying than children without that resource. “Students who are aware of bullying because of programs report it more often than children who know little about it.” (Oglesby, paragraph 6). Children reporting bullying is a start, but all that’s saying is that students are reporting bullying. It isn’t saying anything about how adults then react to said report. Adults and administrators could just ignore these kids who are reporting all this bullying. The people who have the power could not be doing anything, which could be a major factor in the statistics. The adults who have the power to change the situation are not doing everything necessary to solve the problem.

Another recent study shows that the results of anti-bullying programs show little progress. “…investigations into harassment, intimidation or bullying happened in New Jersey schools in the 2012-2013 school year…that number decreased by nearly 5,000 from the prior year- a decrease of 19%…” (Oglesby, paragraph 9). Even though the number of bullying investigations has gone down by 5,000, or 19%, is 19% really a significant difference, considering the time and money put into these anti-bullying programs? For these reasons, anti-bullying programs may help kids report more bullying, but it doesn’t really help with how administrators and teachers respond to said bullying. And, the actual results show that they don’t help as much as was intended.

Bullying is a huge problem, and it changes children’s lives forever, but the methods that are being used to combat bullying today aren’t working. In some cases, these anti-bullying programs are even making bullying worse. At some schools, the teachers monitor kids more carefully, checking in and watching in the hallways. This may be a very invasive option, but it really helps more than any poster or bullying awareness assembly. We need to find an anti-bullying program that works, holding both the students and teachers accountable of making the school a better place. 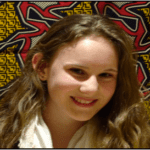